Commercial truck wrecks have been a focus of our firm for years. These extremely complex and technical cases have led us to investigate claims all over the country and uncover shell companies all over the world. Truck collisions are almost never what they seem.

Take this for instance:

A driver of an SUV is heading home from dinner with friends. He is proceeding just a few miles over the speed limit up a hill. At the top of the hill is an overpass. The driver tops the hill and slams into a tractor trailer that had come off the exit ramp and onto the overpass. Who is at fault?

At first glance, most would assume the speeding driver is at fault. Had he been traveling at a safe speed, he may have seen a giant truck in time to stop and avoid the collision.

That is exactly what an attorney whose experience is just in care wreck cases might think. Experience in trucking collisions proves a completely different picture.

The truck driver was lost. The GPS his company provided to him has not been updated according to industry standards and federal regulations. Stopping to call into the office will not only make the driver late for his drop-off, but it will also cause him a lot of grief… he may even lose his bonus. Instead, the truck driver pulls up a maps app on his cell phone. That map tells him to make a U-turn at the next exit. When he pulls off and attempts to cross the overpass, he gets stuck. His truck is far too large for the overpass. In fact, tractor trailers are not allowed on this overpass whatsoever. The truck driver is pinned in and cannot move forward or backward. Stunned and embarrassed, the truck driver sits in his truck, deciding what to do. Then, he sees an SUV coming towards him on his passenger side. The sound of the collision is nearly deafening.

To the untrained eye, this originally seemed like a clear case. But when knowledge of the federal regulations governing commercial trucking is applied, a totally different story emerges.

What at first seemed the fault of the driver of an SUV going a few miles over the speed limit is now a clear case of a commercial truck driver and his company displaying a pattern of disregard for the safety of others on the road.

Another astounding yet often missed staple of truck wrecks is the speed at which trucking companies will have their investigators on the scene, collecting – and destroying – evidence that may prove how the collision occurred. Many of our clients have reported witnesses on the scene of the collision, only to later find that it was no witness at all – it was an investigator from the trucking company.

Trucking companies have their staff investigators on stand-by, ready to be on scene the second a collision is radioed in. They grab up all the evidence before you are loaded into the ambulance.

Truck wrecks demand the attention of a team of experts and investigators who are experienced and skilled with the motor carrier regulations and commercial trucking company processes and procedures.

If you or a loved one have been injured in a collision with a commercial vehicle, our team is prepared to take action immediately to investigate and preserve the vital evidence needed to protect you. While you focus on the process of healing, we are working diligently behind the scenes to take care of what is important – you.

Denver has given so much to us that we make it our mission to give back. Our firm set a goal to participate in at least one community-based or local charity activity every month. Big or small, we want to reach out to our neighbors and support the community where we have made our home.

Click below for a listing of upcoming events where you can join us! 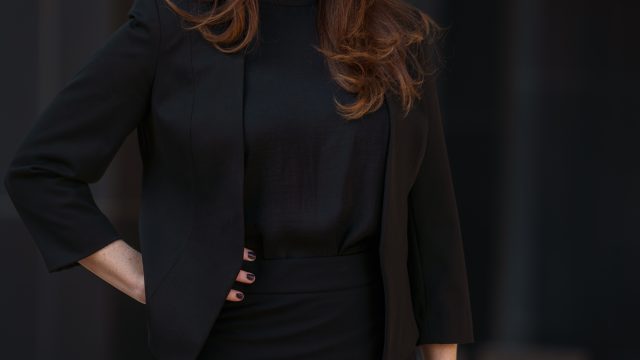