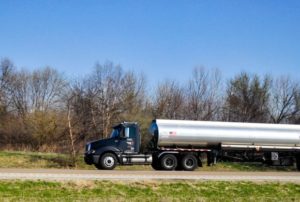 There are around 1.7 million truck drivers and another 1.7 million taxi, delivery and bus drivers in the U.S. Carmakers are aggressively pursuing automated vehicles to save on human labor costs and to save lives on the road.

Automated vehicles will likely be much safer than those operated by humans, who can be tired, distracted, under the influence, or simply slow to react. However, humans and robotic vehicles are going to coexist until the technology is advanced enough to make human operation unnecessary.

The eventual goal is for big rigs to travel without a human driver. Trucks would be able to operate around the clock. More automated vehicles on the road interacted with human drivers will increase opportunities for accidents.

New Laws will be Necessary

More than 3,000 people were killed each year from 2012-2014 in crashes involved big rigs. Most accidents involve human error in some form. HAVs would not make human mistakes.

On September 20, guidelines for highly autonomous vehicles (HAVs) by the National Highway and Transportation Safety Administration were introduced.

Autonomous vehicles must be able to meet a variety of behavioral competencies, including:

While full automation is probably years away, at least partially automated vehicles, including big rigs, are here now. Their numbers will only continue to increase.

Who is to Blame After an Accident?

The big question is, who is to blame for an accident? When humans and machines are driving together, it will be all too easy to blame the person. Determining which vehicle is at fault, when partial or total automation is involved with humans, will be difficult. This gray area can best be addressed by a knowledgeable truck accident attorney.