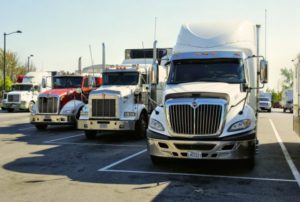 Following an increase in truck accident fatalities over the past seven years, survivors and safety advocates are urging the Federal Motor Carrier Safety Administration to finalize multiple safety regulations that have been placed on hold. Truck Safety Coalition members attended the nomination hearing of the new administrator of the FMCSA in Oct. 2017. They wanted to draw attention to the importance of a number of safety regulations in the hope that the FMCSA would finalize the rules and begin enforcing them. However, the anti-regulatory environment makes it less likely that the rules will be finalized in the next few years.

Other regulations have not been finalized or implemented, however. A proposed sleep apnea rule that would have required screening for sleep apnea that is similar to what is required of pilots was withdrawn by the FMCSA. Sleep apnea interferes with sleep patterns, causing people who suffer from the condition to feel fatigued. The sleep apnea rule was meant to reduce drowsy and fatigued driving by truck drivers.

Advocates have also been calling for an enhancement in driver training rules to require more hours behind the wheel. The proposed rule that would have required trucks weighing more than 26,000 pounds to have speed limiting devices installed has also not been finalized. The Trump administration is still considering it, and it is uncertain whether or not it will be enacted.

Truck accidents have increased over the last seven years. In 2016, there were 4.317 people who were killed in accidents involving large trucks. Many of these accidents were caused by some of the issues that the proposed regulations would address. Despite this, it is unlikely that the FMCSA will act to prioritize safety because of the anti-regulatory push in the administration.