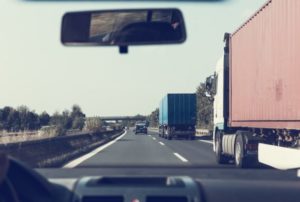 Federal agencies are proposing speed limiters on large trucks to reduce the number of accidents that occur each year from trucking accidents around the country. A Nashville truck accident lawyer sees trucking accidents on Tennessee highways that commonly result in serious injuries and fatalities.

The Federal Motor Carrier Safety Administration (FMCSA) and the National Highway Traffic Safety Administration (NHTSA) recently released a long-awaited proposal that requires speed limiters on large, heavy-duty trucks. According to agency officials, speed limits of 60, 65 or 68 mph would be imposed through a special device, called a speed limiter, to all newly-manufactured vehicles with a gross vehicle weight rating of more than 26,000 lbs. According to the proposal, the NHTSA would require speed limiters for all trucks, public buses and school buses, and multipurpose passenger vehicles, while the FMCSA would only require them for commercial motor vehicles.

The proposed regulation for speed limiters would require truck manufacturers to activate speed limiters at the time of manufacture, as well as equipping trucks already on the road with engine control modules that are capable of restricting speed. For safety in both cases, federal agencies are proposing that trucks must have activated speed limiters for as long as the truck remains on the road.

The Potential Impact of Speed Limiters

Based on the review of available data, limiting the speed of large trucks and heavy vehicles would reduce the severity of injuries and potential fatalities caused by the impact from a crash. In Tennessee, accidents caused by heavy trucks often result in serious personal injury cases handled by a Nashville truck accident lawyer. The FHTSA suggests that speed limiters will save lives, as well as more than $1 billion in annual fuel costs, a plus for energy conservation and a cleaner environment. Studies show the following impact of speed limiters on large, heavy trucks:

Although the 60 mph speed limit would have the most impact on safety, agency officials believe that the 65 mph and 68 mph alternatives will be more quickly accepted by truck manufacturers and drivers. Tennessee Department of Transportation officials are encouraged that speed limiters will help to reduce accidents and injuries. In Tennessee, serious, large truck rollover accidents are common on major highways. A Nashville truck accident lawyer often sees fatalities that result from rollover accidents. According to the FMCSA, approximately nine percent of all large truck crashes involve a rollover. Large truck rollovers account for approximately 3,000 injuries and 300 fatalities every year.

If the proposal for mandated speed limiters is approved, federal agencies are requesting roadside on-board diagnostic connections to ensure that set speeds are not adjusted. Diagnostics would read and report the set speed of the truck, as well as the previous two speed settings. In addition, all speed modifications would be recorded and dated.

Although the American Trucking Association petitioned the FMCSA and the NHTSA to mandate speed limiters on large trucks in 2006, federal agencies didn’t start drafting a proposal until 2011. Since then, the proposal has been stalled by various opposition groups, as well as the White House Office of Management and Budget.

Opposition to the Proposal

Although federal agencies are in favor of speed limiters, several other groups are opposed. The American Trucking Association is in favor of truck speed limiters, but not the proposed speed limits that would be mandated. The president of the American Trucking Association suggests that the FMCSA and the NHTSA has insufficient data to recommend three proposed speeds, and which speed is best and why. He also suggests that the proposed national speed limits for trucks allows passenger vehicles to travel at much higher speeds than trucks, creating increased safety risks for drivers, as well as more accidents and personal injury claims filed with a Nashville truck accident lawyer.

The Owner-Operator Independent Drivers Association (OOIDA), which has long been opposed to truck speed limiters, thinks that speed limiters are dangerous, not only for truck drivers, but for motor vehicle drivers and passenger as well. OOIDA states, “speed limiters will create speed differentials that increase accidents and promote driver confrontations on the road.” Todd Spencer, an OOIDA executive vice president, further states that “highways are safest when all vehicles travel at the same relative rate of speed.”

Agencies that oppose speed limiters are also concerned about retrofitting older trucks with engine control modules that are necessary to record speeds may be a problem. They are concerned about the costs of installing these devices on older trucks that require more frequent repairs and maintenance than newer trucks.