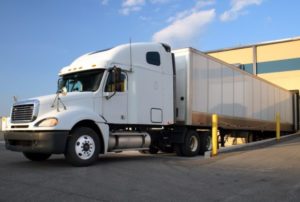 Improperly loaded semi trucks can pose significant safety risks to the driver as wells as to other motorists and even pedestrians. The Federal Motor Carrier Safety Administration (FMCSA) has developed very clear and specific guidelines that truckers, truck loaders and trucking companies are supposed to follow. Unfortunately, not everyone abides by these rules, and severe truck crashes are often a result.

The Impact of Overweight Trucks

In 2014, the United States Department of Transportation issued approximately 8,000 citations for overweight semi trucks. When a large truck is overweight, the risk for crashes increases significantly. Load weight affects the truck’s downhill speed, stopping distance, and maneuverability. A heavier load also puts added stress on various components of the truck like the brakes and tires, which could cause them to fail and cause a crash. In the event of a sudden stop, an overweight truck has a higher chance of jack-knifing or rolling over as well.

When fully loaded, a semi truck typically weighs about 20 times more than the average car or small truck. The damages sustained by the smaller vehicles on impact are often severe. When a truck is overweight the impact realized in a crash is intensified, which is even more dangerous.

The FMCSA provides a guide for properly securing truck loads. When the right number of tiedowns are not used, tiedowns are placed incorrectly, or they are in poor condition, loads can shift or even break loose. In addition to tiedowns, dunnage or dunnage bags, and shoring bars are often used to secure loads. Improper placement or an inadequate number of these load securement tools can allow loads to shift as well. A shifting load can make turns or curves especially dangerous.

Who is Liable for Improperly Loaded Truck Crashes?

The truck driver, anyone hired to load a truck, and the trucking company can all be held liable for damages, injuries and wrongful death when a truck is overweight or its load is not properly secured and it causes a crash.