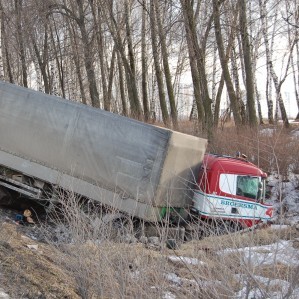 According to the United States Department of Transportation, larger, heavier trucks are associated with a higher risk for serious large truck accidents than smaller, single trailer trucks. Not surprisingly, law enforcement officials, safety leaders, elected officials and even individual truck drivers themselves agree. In fact, a recent poll reveals that an alarming 95 percent of law enforcement officers who were surveyed feel that longer, heavier trucks will be more dangerous. Additionally, an estimated 88 percent of individual truckers who were asked believe that the increased use of larger trucks will negatively impact the safety of America’s roadways.

Large truck weight regulations have been the topic for debate for decades, and in September of 2015, the Safe, Flexible and Efficient Trucking Act was introduced to the House. Fortunately, the amendment that would have raised large truck weight limits to an alarming 91,000 pounds was rejected. Because heavier trucks are more difficult to steer, can become top-heavy and more prone to rollovers, and take a longer distance to stop, the added weight could have posed significant dangers to everyone on the road. Additionally, the heavier trucks would have caused more damage to the roads than the typical 80,000 pound trucks do, causing poor infrastructure that would endanger the lives of motor vehicle operators and their passengers. Sadly, in an effort to transport an increased amount of cargo, many trucks continue to be overloaded, exceeding the federal weight regulations.

Extending the Length of Twin-Trailers

The weight of large trucks isn’t the only issue at hand, however. The Coalition for Efficient & Responsible Trucking (CERT) supported a proposal to increase the maximum length of twin-trailer semi-trucks last year as well. Current regulations allow double-trailer rigs to have trailers that are a maximum of 28 feet long. Advocates aimed at increasing that length to 33 feet to increase the amount of cargo that truck drivers could transport in a single trip. While it is true that the legislation would have likely resulted in fewer trucks being on the nation’s roads, the dangers associated with the longer trucks significantly outweighed the benefits of less congestion.

Smaller cars and pedestrians can already be difficult for truckers to see, and longer trailers would only make that worse. Passing and merging would become more difficult, and the added trailer length would cause these trucks to have a 22-foot longer stopping distance. Fortunately, the language to lengthen twin-trailers was not approved.