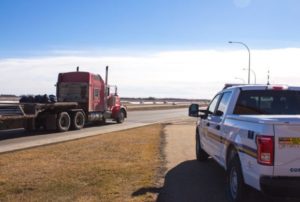 Semi truck drivers have stricter drug and alcohol laws to help protect other drivers and passengers. Semi trucks have the potential to cause lots of damage in accidents. Crashes may be more likely if the driver is under the influence. Victims can seek competent assistance from a semi truck accident lawyer after such an accident.

A driver who tested positive for drugs caused an accident on I-75 last year that killed 6 and injured 12 others. The driver failed to slow down during heavy traffic and slammed into eight stopped vehicles. The family of one victim, who was a middle-school band director, has filed a lawsuit against the truck company and the driver.

The driver, Benjamin Brewer, had been cited for careless driving in Florida the day before the I-75 accident. According to the Florida Highway Patrol crash report, Brewer had sideswiped a truck while passing. No one was injured.

A Tennessee-based company was forced to cease operations in 2014 after the owner was charged, for the second time, with driving while intoxicated. Ricky Hatfield crossed over the highway shoulder, striking two disabled vehicles that were parked on the shoulder. Both of the occupants of the other cars were severely injured but survived.

All CDL (commercial driver’s license) holders are subject to the Department of Transportation’s testing (DOT). Drivers who are part-time, backup, or international are not exempt. DOT requires testing for:

Some prescription medications cause a driver to be medically unqualified. These include methadone, narcotics, and anti-seizure medications. Drivers may not take medications that cause symptoms including drowsiness or difficulty concentrating. Drugs like Prozac, Xanax, Paxil, Imitrex, and can impair a driver and prevent safe operation of the vehicle. Drivers who have insulin-dependent diabetes may be limited to operating a commercial vehicle within the state.

Drivers who require these medications may not legally operate a commercial motor vehicle, including a semi truck. Some over-the-counter drugs may impair driving, as well. Side effects such as dizziness, confusion, or drowsiness can be unsafe.

Any driver that refuses to test or that tests positive for drug use is no longer able to operate a commercial vehicle safely. In Tennessee, drivers face at least a year without a CDL. Drivers must complete a return-to-duty process with a substance abuse professional.

A trucker that continues to operate the vehicle while under the influence is putting other people at risk. Litigation can be complex, and injuries may make it difficult to handle the case. A semi truck accident lawyer can answer questions to ensure that the victim’s rights are protected.

Driving under the influence of alcohol is dangerous. The legal limit for blood alcohol concentration is 0.08% in Tennessee for passenger vehicles. However, the Tennessee Court of Criminal Appeals has ruled that people with lower limits, depending on the circumstances, may be convicted of DUI.

It is illegal to operate a commercial vehicle if the semi driver’s blood alcohol concentration (BAC) is 0.04% or higher. These stricter guidelines are in place to ensure that truckers operate the vehicle in a safe manner.

Commercial drivers who have any detectable amount of alcohol in their blood will be put out-of-service for 24 hours. If a driver has a higher BAC than 0.04%, or if the driver refuses to be tested, the CDL license will be revoked for at least one year. If the truck was carrying hazardous materials, the license is revoked for at least three years. A second offense means the CDL is gone for life, with no recourse for the driver.

The Federal Motor Carrier Safety Administration conducted The Large Truck Crash Causation Study and published the results in 2007. The study examined crash data from 24 sites in 17 states over a 33-month period.

These accidents account for hundreds of deaths, affecting the lives of countless families. Truckers are responsible for their actions, and truckers who violate the law and operate a commercial vehicle under the influence may be found negligent. An experienced semi truck accident lawyer can assess the case and attempt to recover compensation for the victim and their family.