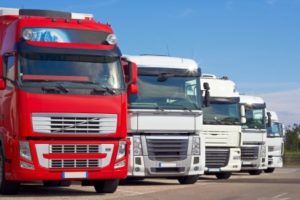 The move to autonomous trucks may place added stress on Tennessee truck drivers and lead to new dangers from fatigue, disengagement and the potential for cyber terrorism. While manufacturers tout the safety of autonomous vehicles, their advent has led to questions about liability and concerns about the reaction times of drivers when they are forced to take control of the trucks in emergency situations. The Federal Motor Carrier Safety Administration recently conducted a listening session to talk about some of the potential issues that could happen when large trucks are traveling on the roadways. The agency is trying to determine what type of regulations might be in order for autonomous trucks.

According to Mark Rosekind, the former administrator of the National Highway Traffic Safety Administration, truck drivers who are assigned to these trucks may quickly become complacent and experience passive fatigue while they are monitoring autonomous systems and are not in control of the trucks. Among the major accidents investigated by the National Transportation Safety Board in the last few years, 20 percent were caused by fatigue.

A researcher from the Institute for Simulation and Training at the University of Central Florida conducted a study of drivers in vehicles with level 3 automation, which is when vehicles are in full automation mode but drivers are expected to remain in the vehicles and take over in the case of an emergency. The researcher found that the drivers became disengaged and exhibited passive fatigue starting about 10 minutes after they began operating the vehicles in autonomous mode. When the researcher presented a simulated emergency situation of another vehicle pulling out into traffic ahead of the vehicles, he found that the drivers’ reaction times were much slower. Passive fatigue caused slower reaction times than active fatigue.