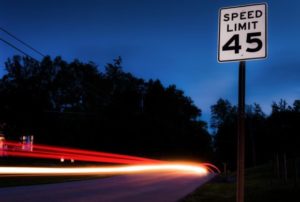 A Heavy Truck Crash Causation Study by the National Highway Traffic Safety Administration (NHTSA) and the Federal Motor Carrier Safety Administration (FMCSA) found that the truck driver was the critical reason for 87 percent of the truck crashes analyzed. Approximately 19 percent of the total accidents were due to driver fatigue. When a large truck collides with a passenger vehicle, the risk of injury or death to the passenger vehicle’s occupants is significant.

For the Large Truck Crash Causation Study, critical events were: 1) Departure from the travel lane into another vehicle or off road. 2) Loss of control of the vehicle. 3) Crashing into the rear of a vehicle in the trucks travel lane. The NHTSA Traffic Safety Facts Data on commercial trucks from 2015 reports that approximately 95,000 people were injured in large truck accidents in 2013. There were 3,964 fatalities. Seventy-one percent of those deaths were people in the other vehicle. When a truck accident results in injury or death, a trucking accident attorney can advise injured parties about their rights.

The FMCSA has hours of service regulations for when and how long drivers are allowed to drive. The limits on drive time and work time are to reduce the risk of fatigued and sleep-deprived drivers operating heavy trucks on busy highways. Drivers have three maximum duty restrictions:

Some people go their entire life without receiving a traffic ticket or being involved in an automobile accident. Even those fortunate people have been affected by automobile crashes because one or more of their loved ones has been involved in a crash. A person can be operating their vehicle in a safe manner and still be struck by another vehicle. When that other vehicle is a commercial truck, the resulting accident often results in serious injury or death. A trucking accident attorney understands the laws governing trucking companies and the drivers who operate the large trucks. They can provide advise and counsel to motorists involved in large truck crashes.