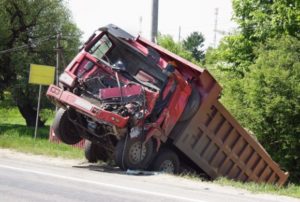 Slippery roads and icy conditions are common sights during the winter months. With the encroachment of winter weather conditions, the importance of proper truck maintenance can’t be understated. From tires to turn signals, the safety systems modern semi-trucks are equipped with are designed to reduce the possibility that the truck will be involved in an accident. Even so, the Federal Motor Carrier Safety Administration reports that there has been a 20% increase in the number of truck involved accidents over the past decade.

It’s estimated to cost roughly 12 cents per mile driven to properly maintain a semi-truck. Annually, this amounts to roughly 10% of the total cost of operation. While this amount may seem significant, the cost of not maintaining a semi-truck is considerably higher as it can lead to accidents, injuries, and fatalities down the road.

In 2007 the FMCSA released the Large Truck Crash Causation Study. The study examined the causative factors behind crashed that took place between April 2001 and December 2003. Of the 141,000 accidents that took place during that time, vehicle maintenance and poor environmental/weather conditions were cited as critical factors in nearly 10,000 accidents.

The study examined the overall conditions of the truck and estimated that brake problems were contributing factors in 41,000 accidents. These problems included worn pads, malfunctioning air compressors, disconnected cables, etc. It further showed that bald and crumbling tires contributed to 8,000 crashes. Combined, this means that poor vehicle maintenance was a factor in more than 1/3 of all accidents occurring during this time.

For comparison, bad weather and road conditions were cited as contributing factors in 29,000 crashes. With 20% of semi-truck accidents caused in part because of ice, snow, rain, fog, and poorly maintained roads; and brake and tire problems cited in 34%, the danger becomes obvious. So obvious in fact that law enforcement is stepping up inspection efforts to help mitigate the problem.

The Department of Transportation’s statistics show that of all traffic citations issued to truck drivers in 2012, 72% involved maintenance violations. The number was slightly higher in 2013 at 72.6%. Overall, the national average was 1.6 violations per vehicle inspection. The citations issued ranged from malfunctioning turn signals and misaligned mirrors, to improperly inflated tires and worn brake cables.

Of course, it is those drivers that law enforcement isn’t catching who are at greatest risk of becoming a fatality statistic. In 2011, the Department of Labor’s data showed that truck drivers experienced 24 fatalities per 100,000 drivers. Statistically, that made “Truck Driver” the 8th most dangerous job in America that year. Realistically, the 851 drivers who died represented the largest loss of life of all the occupations studied.

The vast majority of the deaths occurring within the trucking industry can be directly tied to neglected maintenance, poorly performed maintenance, and adverse weather conditions. Either of these three causative factors can lead to a crash by themselves. Combined, these factors will almost certainly lead to a crash.

These are issues the FMCSA regulations address by requiring drivers to use extreme caution when confronted with adverse weather conditions. In Tennessee, drivers failing to do so can be cited by law enforcement for failing to slow down when ice, rain, sleet, or low-visibility conditions are present. They may also be cited for failing to properly plan for stopping/turning on roads, driving without their lights turned on in fog or snow, or for operating their semi-trucks in high-wind conditions that make driving unsafe. Further, FMCSA regulations require that motor carriers and equipment providers must inspect, repair, and maintain their vehicles regardless of the financial costs involved in conducting this maintenance.

This includes all systems required for the safe operation of the vehicle. Further, drivers and companies are required to maintain records on their vehicles that clearly shows the vehicle’s maintenance history. In fact, it is largely because of these record keeping requirements that investigators have been able to show the direct links between maintenance, weather, and accidents.

Semi-truck accident lawyers and law enforcement understand the importance of enforcing these regulations which is why the state ranks 2nd in the nation for vehicle safety inspections. And, while the state’s truck involved fatality rate is dropping, it still ranks above the national average. With winter weather encroaching upon the state, now is the time for truck drivers to conduct any maintenance that has been neglected before the roads ice up, the winds start to blow, and the road ahead becomes less clear and a lot more dangerous.