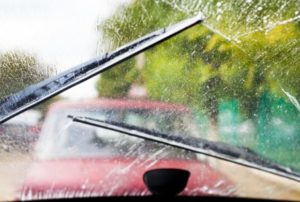 Tennessee residents are no strangers to the life-altering effects that car accidents can cause. Since 2004, more than 3.5 million car crashes have occurred in the state. These accidents claimed 12,072 lives and caused millions of injuries. Unfortunately, these numbers have not significantly reduced over time. According to the Tennessee Department of Safety and Homeland Security, Research, Planning, and Development, between 42,700 and 50,400 individuals were injured in Tennessee in 2014 alone. Another 673 people were killed that year.

The most unfortunate detail regarding these accidents is that they are largely preventable in nature. As commonly seen throughout the U.S., most car accidents in Tennessee are caused by driver error. A Tennessee car accident attorney understands that if motorists were simply better prepared for certain road conditions, or made more safety-conscious choices, fewer lives would likely be affected.

Many circumstances can cause these accidents to occur, and each citation may be related to other underlying causes. Responding officers often cite speeding, failure to obey traffic controls and improper lane changes when creating traffic accident reports, yet these citations may come from a single offense of driving under the influence of alcohol.

A Tennessee car accident attorney understands that today, education is the best defense against being involved in a car accident. To increase their chances of staying safe on the roads, drivers should consider the following in-depth look at some of the most common and dangerous causes of motor vehicle accidents in Tennessee today:

Although many motorists may believe that reckless driving is most often caused by young male drivers, A Tennessee car accident attorney understands that the practice is actually prevalent among all demographics. In 2013, over 3,000 accidents occurred in Tennessee in which reckless driving was listed as a major contributing factor. Although the rate of reckless driving has decreased over the past ten years, these numbers are still unacceptably high because of the completely preventable nature of these crashes.

The act of reckless driving is a misdemeanor criminal charge in Tennessee. Drivers may be convicted of the offense if officers believe they were driving “in willful or wanton disregard for the safety of persons or property.” Some practices that may constitute reckless driving include swerving, speeding, weaving in and out of traffic or driving in any way that puts others at risk.

A Cambridge City man was recently killed in a weather-related accident that took place near LaFollette. Pal-Item reports that the 69-year-old man was driving his RV along I-75 with his wife when he lost control of the vehicle due to the snow and slush in the area. His vehicle crossed the median and struck a cable barrier, which caused the RV to land on its side. An oncoming car then collided with the RV, injuring both passengers. The motorist’s wife was severely injured as well. In ideal weather conditions, this accident may not have occurred.

A Tennessee car accident attorney knows that winter weather can often create dangerous driving conditions. This was recently seen in the storms that bombarded the state with sleet, snow and ice. The Tennessean reports that the storm was so severe, government officials declared a Level III State of Emergency and asked for residents to do all they could to stay off the roads until the weather improved. Some motorists were unable to comply with the warning and were caught in the storm. At least 6 people died in motor vehicle accidents due to the severe weather in just one short week.

Although this severe storm is a rare occurrence in Tennessee, wintery weather conditions are a reality. Drivers should always be prepared with proper equipment and training before they attempt to drive in snowy and icy conditions each winter.

When motorists fail to abide by the legally posted speed limit for a certain area, they are guilty of speeding. According to the TDHSH report, the dangerous act was associated with 6,200 accidents in 2013. The National Highway Traffic Safety Administration reports that roughly 250 people die each year in the state due to speeding-related accidents. The general dangers of speeding are well known, yet some motorists fail to believe that they will have a problem controlling their vehicles at all times. Unfortunately, that is often not the case.

As motorists drive at greater and greater speeds above the legal limit, they greatly increase their chances of being involved in an accident. As speeds increase, it increases the distance covered while motorists respond to potential hazards and the distance required for a car to stop. A Tennessee car accident attorney should understand that this makes it more difficult to stop in time to avoid an accident.

Speeding may also be a contributing factor in loss of vehicle control. At greater speeds, the laws of physics take over and motorists often find it difficult to navigate tight turns or evade potentially dangerous objects. An additional danger to speeding comes with the increased force with which speeding vehicles collide with other objects.  The faster a car is traveling, the harder it will hit and the greater damage it will cause.

A Tennessee car accident attorney often hears about distracted driving accidents. With the advent of cell phones and other technology often used in vehicles, motorists are allowing themselves to be more distracted at greater rates. While cell phones get the brunt of the blame, several studies by government and private researchers have concluded that other distractions can be just as deadly.

According to Distraction.gov, distraction comes in three main forms: visual, manual and cognitive. Visual distraction occurs when motorists perform tasks that take their eyes off of the road. This could be as simple as changing a radio station, looking in the back seat or glancing at a cell phone text message.

Manual distraction occurs when motorists take one or more hands off of the steering wheel. Eating, drinking, changing a cd, putting on makeup and reaching for objects within the vehicle are all manually distracting events.

Among the forms of distraction, cognitive may be the most dangerous. When drivers are cognitively distracted, their minds are no longer on the task of driving. This can occur due to daydreaming, preoccupation with conversations with vehicle passengers, talking on a handheld or hands-free device, or writing text messages or posts for social media sites. This form of distraction is so dangerous because many drivers may be unaware they are distracted until an accident occurs.

Nationally, over 3,000 people were killed due to distracted driving accidents in 2013. In Tennessee in 2014, distraction was cited as a contributing factor in over 21,000 accidents. This statistic would not surprise a Tennessee car accident attorney. However, the true numbers are likely much greater because few drivers readily admit to being distracted due to fear of the consequences. Furthermore, accidents cited as being caused by failure to keep in proper lane, which occurred 22,833 times in 2013 in Tennessee, are often caused by distracted drivers.

Driving under the influence

Like distracted driving, driving while under the influence of alcohol is a well-recognized offense. In 2013, 6,928 alcohol-related accidents occurred in Tennessee, leading to the deaths of 277 individuals. Mothers Against Drunk Driving reports that this represents 27.8 percent of all traffic deaths in the state. This cost the taxpayers there an estimated $1.3 billion that year alone. Additionally, MADD reports that 59,208 individuals who were cited in the state for DUI that year were three-time offenders. Another 17,342 were five-time offenders. These figures show that DUI continues to be one of the biggest challenges for motorist safety.

While the dangers of driving under the influence are obvious, a Tennessee car accident attorney sees too many people who fail to take the dangers seriously. News 3 Memphis reports that a 21-year old Memphis man recently chose to drive while intoxicated and killed a 55-year-old woman. The young driver failed to slow down for a red light and drove his pickup truck into an intersection. The pickup collided with the woman’s vehicle so forcefully that the crash ejected her from the car, killing her. The intoxicated driver and his passenger, who were unhurt in the accident, fled the scene but were later apprehended. Officers found open beer cans in the man’s car and have charged him with DUI and vehicular homicide.

Seek help for all accidents

No matter what causes car accidents, those that survive may be left dealing with the consequences for the rest of their lives. Accident victims may face years of recovery, including surgeries, physical therapy, counseling and chronic pain. Those who have been affected by a car accident should contact a Tennessee car accident attorney immediately. With an attorney’s help, victims and their families can overcome the devastating effects of a car accident and gain the financial and emotional assistance that they need to rebuild their lives.Categories