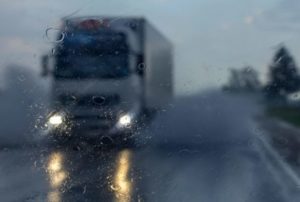 After three tractor trailer trucks were involved in rollover accidents in a span of just weeks at the I-40/ I-24 split in Tennessee, the Department of Transportation has decided to take action. Although engineers for the Tennessee Department of Transportation (TDOT) have been evaluating the location of the recent truck crashes, Kathryn Schulte with the TDOT reports that there is no indication that there is a problem with the engineering of this busy downtown loop. In an effort to help prevent future semi-truck rollovers at this location, however, new warning signs have been installed along both sides of the curve along Interstate 40 East. The signs warn truckers of the tip-risk, and emphasize the need to operate at a safe speed when traveling through the curve. According to police, excessive speed was a factor in at least one of the crashes that occurred in June.

According to the Federal Motor Carrier Safety Administration (FMCSA), approximately 9 percent of all large truck crashes involve a rollover. Additionally, an estimated 300 large truck occupants are killed and another 3,000 are injured every year due to semi-truck rollovers. Rollover accidents involving large trucks are some of the most dangerous types of truck wrecks there are, often severely injuring or taking the lives of surrounding motorists, bicyclists and pedestrians.

While semi-trucks can rollover for a variety of reasons, some of the most common are: