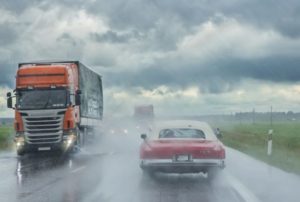 According to 19 Action News in Cleveland, the Ohio Highway Patrol recently released a video taken of a truck driver as he was apprehended for driving his rig while intoxicated. The middle-aged man indicated that he had consumed three beers and officers determined through administration of a breathalyzer that he had a blood alcohol content level of 0.32.

A truck accident lawyer in Nashville knows that the Federal Motor Carrier Safety Administration rules prohibit truckers from going above a 0.4 BAC and state that commercial truckers should refrain from driving within 4 hours of drinking alcohol. Following these federal regulations, the trucker was at 8 times his legal limit. Officers indicated that this was the driver’s third drunk driving case. If this truck driver had not been stopped, he may have caused a serious accident that claimed the lives of others.

About the federal clearinghouse

In order to combat the rising issue of drunk truck drivers, and to comply with federal laws recently passed by Congress, the Federal Motor Carrier Safety Administration has proposed the creation of a drug and alcohol clearinghouse. Commercial Carrier Journal reports that the rule will establish a national database of commercial driver’s license holders who have refused to participate in drug testing as well as those who have failed drug testing for various substances including alcohol and marijuana.

Other parties, such as Medical Review Officers and substance abuse professionals would add their information to the clearinghouse as well. Under the rule, carriers would also be required to use the database to examine the actions of their current drivers. Conversely, when truckers with substance abuse problems have undergone the required level of treatment, they can be cleared for safety-sensitive functions within the database.

The goal is for carrier companies to have a one-stop verification point which they can turn to in order to find information on potential drivers. Many proponents of the clearinghouse claim that if carrier companies know about drivers’ past choices, they will be able to make more informed decisions about the truckers that they hire to fill the vast shortages currently seen within the industry. A truck accident lawyer in Nashville understand that this could help keep unfit drivers off the roads and prevent deadly trucking accidents. An implementation date for the clearinghouse has not yet been announced and the American Trucking Associations has put its full support behind the rule.

While the numbers of drunk and drugged truckers is less than seen with regular drivers, the reality is that even one preventable death is too many. Those who have been affected by the negligent acts of a drunk commercial driver should contact a truck accident lawyer in Nashville immediately for assistance.