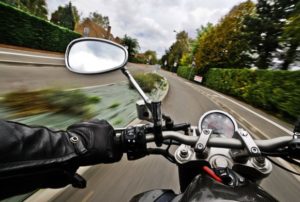 In 2017, 101 people in Colorado were killed in motorcycle accidents, and a majority of them were caused by preventable driver or cyclist errors. Motorcyclists may be able to reduce their risk of becoming involved in accidents by understanding the common types of scenarios in which many collisions happen. They may also help to reduce their chances of suffering catastrophic injuries if they are involved in accidents by always wearing helmets and safety gear every time that they ride.

In 2017, 101 people died in Colorado motorcycle accidents. The number of fatalities in motorcycle crashes in the state fell from a high of 125 deaths in 2016. Overall, traffic deaths have increased by 29 percent since 2014. The Colorado Department of Transportation reports that most of the motorcyclists who were killed in 2017 were not wearing helmets at the time of their accidents.

There are several common motorcycle crash causes that are avoidable. The most common type of motorcycle accident involves a motor vehicle driver who fails to notice a motorcycle and turns left in front of the motorcycle. This type of accident occurs because of driver inattention or driver distraction. Other common crashes happen when drivers merge into the lanes in which motorcyclists are present. These accidents may be caused by driver inattention or distraction as well as by motorcyclists riding in the blind spots of drivers. Head-on accidents are also common, and they are often deadly when they involve motorcyclists.

Motorcyclists can take steps to prevent accidents. They should always wear helmets that meet the safety guidelines as well as protective boots and clothing while they ride. They should anticipate the actions of drivers that they see who are preparing to turn left. If motorcyclists are in blind spots, they should speed up or slow down to get out of them. Motorcyclists should keep a safe distance from other vehicles, avoid speeding and never ride while they are under the influence of alcohol or drugs.