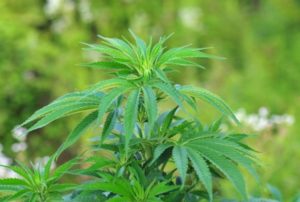 The effects of alcohol on motorists have been clearly documented through decades of continuous research. However, a car accident lawyer in Tennessee knows that the effects of cannabis use on drivers has seen less exposure. With the recent legalization of cannabis in many states in the U.S., a new focus is being placed on how it affects motorists, especially when used in conjunction with alcohol.

Researchers with VA Connecticut Healthcare and Yale University School of Medicine recently carried out a study in which they examined how dangerous the practice of driving under the influence of both alcohol and cannabis can be. Their findings indicate that combining the drugs may be more dangerous than using either substance alone.

The study, which was published in the American Journal of Addictions, focused on reviewing existing scientific evidence on the effects of driving while drugged with marijuana and comparing them to the effects of driving while inebriated. The researchers found that overall, cannabis users have an increased awareness of their impairment due to the nature of the drug. Therefore when they drive, they take extra precautions to ensure that they drive safely. However, when drivers use cannabis and alcohol together, they are no longer able to use these coping strategies. Instead, they become significantly more impaired. This was seen even at doses that would have caused insignificant impairment had just one drug been used.

Due to the increasing rate of drug use, a car accident lawyer in Tennessee would likely argue that the dangers of combining alcohol and drugs can no longer be ignored. According to the National Survey on Drug Use and Health, substance abuse or dependence problems plague around 22 million Americans. Furthermore, the survey reports that 9.9 million people over the age of 12 reported driving under the influence of illegal drugs.

ABC affiliate Wate.com reports that a small boy was recently killed when he was in an accident with an inebriated and drugged driver. The 7-year-old boy was riding as a passenger in a van when the driver of the vehicle crossed the center line and drove into a ditch on the opposite side of the road. The car hit a tree at full speed and caught fire. Both the 31-year-old driver and another 9-year-old passenger were seriously injured in the accident. The Tennessee Highway Patrol reports that the driver tested positive for both alcohol and drugs.

Motorists and pedestrians who have been injured due to the negligent acts of a drunk or drugged driver should contact a car accident lawyer in Tennessee. With their assistance, injured parties may be able to receive just compensation for their injuries and move on with their lives.