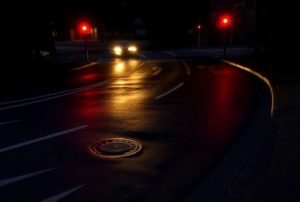 Traffic lights in Colorado sometimes malfunction or are defective and cause accidents, leading to questions of liability. When a defective traffic light contributes to the cause of an accident, the municipality in which it is located might be liable. Proving liability may require the help of experts such as accident reconstructionists and civil engineers to demonstrate that the light was defective and malfunctioned, leading to the accident.

Fault When Traffic Lights Cause Accidents

In most car accidents, one or both of the drivers are at fault. When a defective traffic light contributes to the cause of an accident, proving liability may be more difficult. One of the drivers may be partly at fault, but the defective light may also have contributed to the accident. For example, if a light shows green in two perpendicular directions at the same time and a speeding driver strikes someone else who is continuing through the intersection, the driver who was speeding may be partly to blame for the accident, but the malfunctioning light also contributed. This might mean that a resulting claim might exist against both the speeding driver as well as the municipality, manufacturer, and others. An accident reconstruction expert may help by reconstructing what occurred at the accident scene to show that the traffic light malfunctioned and led to the accident.

Municipalities may be liable if the defect has existed for a long enough period of time that it should have reasonably been discovered and they failed to repair it. In one 2013 case in Detroit involving a motorcyclist who was killed after a traffic light malfunctioned, the neighbors reported that the light had been defective for a long time. The city had failed to respond to their complaints about the light despite the numerous reports.

In a case in which there is a clear record of numerous reports to a city about defective or malfunctioning traffic lights, but nothing was done, the city may be liable to pay damages to the victims of accidents that result.

Other types of evidence that might help claims involving defective traffic lights include witnesses who saw the accidents happen and camera footage if it is available. Statements from people who have filed complaints about the lights and city records of complaints may also be important for proving a claim.