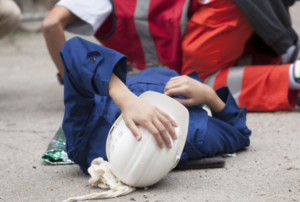 There were a number of changes to the Colorado workers’ compensation system in 2018, and some planned changes to the Division Independent Medical Exam program in 2019 may impact the workers’ compensation claims of people who suffered disabling injuries. Beginning on Jan. 1, 2019, either side may request an independent DIME if there is a dispute about whether the worker has reached his or her maximum medical improvement. When there is a dispute about reaching MMI, the parties will be required to submit to the DIME process before they can litigate their dispute before an administrative law judge.

MMI refers to maximum medical improvement. In the context of workers’ compensation, reaching MMI means that people have reached their maximal levels of improvement from injuries and all of the treatment options have been exhausted. In the past, workers who had a dispute with the insurers about whether they had reached their MMIs could litigate the issues. The changes in the law now require that workers and insurers go through the DIME program when there is a dispute before they will be allowed to litigate the matter in court.

There are several potential impacts of the DIME rule changes on workers. If an insurance company’s independent medical examiner has determined that the workers have reached their MMIs in contradiction to the workers’ own treating physicians, the workers will not be able to directly challenge the insurance company’s IME in court. Instead, either side may request a DIME physician, or both sides can agree to a DIME physician. The requesting party must pay for the DIME doctor’s fee, which can range from $1,000 to $2,000 for an initial DIME. Followup DIMES incur additional fees.

Workers can apply to be found to be indigent if they are unable to afford the fees. One potential issue of the new rule is that the workers may be forced to wait for long periods to litigate their disputes about MMI. Since the DIME doctors are not the treating physicians of the workers, they may not have as great of an understanding of the workers’ functional abilities and limitations. Finally, administrative law judges may give greater weight to the findings of DIME doctors than to the testimony of treating physicians at hearings.