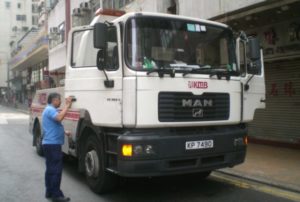 The nationwide truck driver shortage could result in younger truckers behind the wheel of big rigs that cross state lines, raising the risk for truck accidents. Commercial drivers who are between the ages of 18 and 21 are six times likelier to be involved in fatal trucking accidents than older, more experienced drivers. The push to lower the interstate truck driving age comes in response to a stronger economy and the increased demand for truckers across the U.S. The shortage is expected to grow as today’s drivers begin retiring.

There is currently a truck driver shortage across the country because of the improved economy. In 2016, the trucking industry was short by 36,500 drivers, and the number was expected to reach 50,000 by the end of 2017. The shortage is expected to increase to 176,000 by 2026. Retirement is one factor causing the shortage of truckers. According to the American Trucking Association, the average age for truck drivers is just 49. Another reason for the shortage is the improved economy. Consumers have a higher demand for goods, which necessitates more freight. Because unemployment rates are low and truck driving is hard, it is becoming more difficult to attract enough drivers to the industry.

In response to the shortage, Representative Duncan Hunter of California has proposed a law that would decrease the minimum agefor over-the-road truck drivers from 21 to 18. Proponents of the law argue that lowering the age would attract more drivers straight out of high school because they wouldn’t have to wait for three years after graduating. They argue that younger drivers are currently allowed to drive short distances within their own states but not to cross state lines. Opponents to the law argue that young drivers between ages 19 and 20 are six times more likely to be involved in fatal truck accidents than are older drivers. They argue that the law would place an unreasonable degree of risk on the public because younger drivers are simply not as safe as older drivers.

If the law is passed, more younger drivers may be on highways across the nation. This could increase the danger of trucking accidents to the public at large.