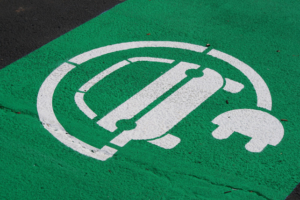 Need relief from your tax burden? Buy an electric vehicle.

Governor Polis’s administration is pushing HB19–159 through the House, extending tax credits for electric vehicles, according to Judith Kohler of The Denver Post. The original bill, set to end in 2021, will presumably be extended to 2025.

There’s a credit for each vehicle size:

But act fast! The credits gradually decline over the term of the bill. The good news: all credits are in addition to the already existing federal tax credits ranging from $2,500 to $7,000.

According to the Post, the administration’s goal is to reach one million electric vehicles on Colorado roads by 2030. The Colorado Electric Vehicle Plan projects that achieving that goal will serve to rid our skies of several hundred tons of smog-forming pollutants and 3 million tons of greenhouse gases.

This initiative comes in conjunction with the move we previously outlined to allocate penalty funds from offending auto-makers like Fiat to the promotion of charging stations across our state, after the manufacturers were found to have been cheating the system with emissions-hiding devices. The hope is that by the time Coloradans make the switch to electric, the state’s infrastructure will be powered up and ready to go.

Even before this push, by summer of 2018, the number of Coloradans driving electric-powered vehicles was already up 50% from the same time in 2017, according to the Post.

And Colorado already ranks seventh in the nation for the number of charging stations already available, says the National Renewable Energy Laboratory.

Auto-makers finally seem to be keeping up with the times, with multiple electric trucks hitting the lines, and Jeep’s new Wrangler that boasts an election for an electric motor in conjunction with a turbo-charged 2.0 liter four-cylinder. While one of Colorado’s most popular vehicles won’t be fully electric, the new motor will contribute to the effort as a starter and will make up 71 pound-feet of torque on acceleration, according to Tony Quiroga of Car and Driver.

Our truck and SUV-loving state is awaiting the sale of many new EV’s, such as 2020 Rivian R1T, 2020 Volkswagen ID, 2019 Audi E-Tron, 2019 Kia Niro EV, Volvo’s all-electric XC40, and a few others in the luxury category. And as consumer demand increases, it is the hope that more affordable models begin rolling off the presses.

Early EV-buyers may have to apply their tax credits to the sticker-prices of their new rides, but as manufacturing and infrastructure catch up to environmental demands, we may just meet the Polis Administration’s goals and play our part in combating greenhouse gases in the near future.