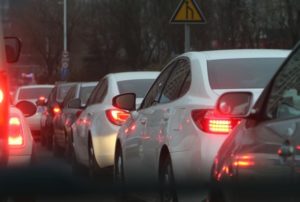 While there is always a risk of being involved in a car accident in Tennessee, there are certain times, days and months that carry much higher risks. When people know when the most dangerous times to drive are during the year, they can take added precautions to reduce the likelihood that they will be involved in automobile accidents.

The Most Dangerous Times to Drive

According to the Tennessee Highway Patrol, there was a total of 37,150 automobile accidents that happened on Fridays in the state in 2017, making it the most dangerous day of the week to drive. During the first quarter of 2018, there were 8,482 accidents that occurred on Fridays. In 2017, the most dangerous time of the day to drive was between 3 pm and 6 pm with 52,457 accidents occurring during those times. The greatest number of accidents happened in November in 2017, which had 19,043 collisions. Other months that also saw increased numbers of automobile accidents included December, October, May, and August. Each of these months had a little more than 18,000 accidents.

Why Are These Times More Dangerous?

There are several factors that make these times more dangerous for drivers. On Fridays, more people may be on the road to start their weekends. An increasing number of accidents may occur between 3 pm and 6 pm because of schools letting out and people commuting home from work. During the holidays, there is an increased number of people who are out shopping. The added congestion can result in more accidents.

People can do several things to reduce their chances of accidents during periods of increased risks. They can always follow the traffic laws and remain alert. They should avoid engaging in distracting activities while they drive, and they should watch the behaviors of other drivers so that they can anticipate when they might suddenly do something unexpected. When there is ice or snow on the ground, people should drive slowly. Wet pavement should also lead people to slow down so that they can minimize the risk that they will hydroplane. People should never drive after drinking. While not all motor vehicle accidents can be avoided, following these basic steps may help to lessen the chances of injuries.