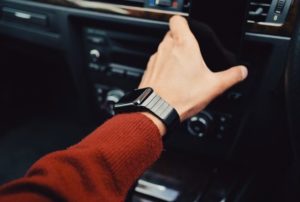 Tens of thousands of Americans die on the roadways each year, with more than a third of all fatalities attributable to alcohol in some way. While most individuals understand the dangers of driving under the influence of alcohol or drugs, the dangers of smartphones are just now becoming evident.

The latest evidence indicates that as many as half of all vehicle accidents have at least one driver who is using a phone, and a third of crashes involved drivers using a phone at the time of the accident.  Among the sobering conclusions of a recent study is that texting while driving is a direct contributor to the deaths of at least 11 young people every day.

Most states and municipalities are now passing some form of legislation in an attempt to reduce the number of accidents these distracted drivers are causing in increasing numbers. However, some of the same studies mentioned above note those laws have largely proven ineffective. These realities make it important to contact an attorney Nashville TN residents trust after any major vehicle accident. This is especially the case if a smartphone is suspected as a cause of the crash.

An experienced attorney in Nashville, TN will know how to seek evidence of distracted driving, and this information is often critical to protecting a victim’s rights. Auto and truck accidents cause billions of dollars in damage and affect hundreds of thousands of drivers each year.

Seeking recovery for lost wages, medical bills and other costs, including short and long-term disability is often a challenging and difficult proposition. Without proper legal assistance, that process will defeat the average individual’s efforts.

An experienced attorney for Nashville TN accidents will carefully examine and sort out the facts in an auto accident. Today, that process will include gathering records of phone usage from the other drivers and determining the role that use and other factors played in causing the accident.

When a commercial truck is involved, a thorough investigation by the attorney in Nashville TN will also explore such details as truck maintenance records and the driver’s logbooks. These and numerous other factors all play a role in determining liability in a truck-vehicle accident.

Receiving the appropriate financial compensation as the victim of a vehicle accident is never the result of luck. Rather, it is the committed attorney Nashville TN clients rely on that produces the best results.