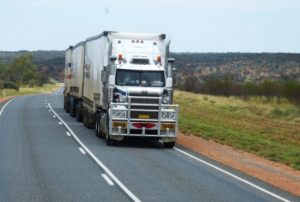 There are four “no-zones” that surround semi-trucks. A no-zone is an area around a semi-truck wherein most accidents occur. According to the National Highway Traffic Safety Administration (NHTSA), 71 percent of fatal collisions involving two or more vehicles, including a truck, are caused by the other vehicle. Thus, many accidents involving semi-trucks are preventable if passenger vehicles safely share the road.

Semi-trucks are surrounded by two blind spots, the side, and the rear. Semi-trucks sit significantly higher than passenger vehicles and haul long tractor-trailers. The height and length of the tractor-trailer require larger mirrors that are set further from the driver’s seat. However, the further the mirrors are from the truck, the harder it is for the mirrors to catch objects that are next to the truck. Cars that drive besides semi-trucks are actually in the truck driver’s blind spot; the driver can only see other cars if the driver leans out of the window.

Second, tractor-trailers are taller than the semi-truck. Therefore, they block the rear-view mirror. Truck drivers thus rely on their side mirrors to check behind their trucks. However, side mirrors are inherently incapable of capturing objects that follow too closely. NHTSA recommends that passenger cars follow a minimum of 20 feet behind semi-trucks.

NHTSA recommends drivers follow this golden rule: “if you can’t see the truck driver in his side mirror, he can’t see you.”

A fully-loaded semi-truck driving 55 mph takes about 400 feet, or 1 and 1/3 a football field, to come to a complete stop. Conversely, the average passenger car takes about 130 feet. NHTSA recommends when merging in front of a semi-truck, passenger cars give trucks several car lengths of distance to ensure adequate time to slow down.

On any turning vehicle, the rear wheels always take a shorter path than the front wheels. To compensate, semi-trucks swing left before turning right. NHTSA recommends that other drivers allow semi-trucks to complete their turn before attempting to pass.