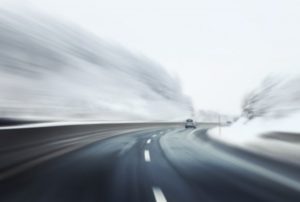 Unaware of the dangerous road that lies ahead, thousands of truck drivers choose to take a shortcut over U.S. Route 129, along the Great Smoky Mountains National Park’s western edge, rather than drive an additional 100 miles around, according to The Jackson Sun. However, Tennessee has now banned trucks that measure greater than 30 feet from traversing the curvy road referred to as The Dragon. Many tractor trailer accident attorneys Nashville are well aware that this treacherous road has been the site of over 200 motor vehicle accidents from 2010 to 2012, and six of those accidents involved deaths.

The National Highway Traffic Safety Administration reported that in 2012, which is the most recent year that large truck fatality information is available, 107 people were killed in accidents involving large trucks across the state. This fatality rate has been climbing since 2009, where 86 lives were lost due to large truck collisions. State officials hope that the new ban will reduce the number of car, truck and motorcycle accidents that occur on the road each year.

Every year, people from around the country and some tourists from other countries are attracted to The Dragon’s amazing curves. According to tractor trailer accident attorneys in Nashville, the road has approximately 318 of them, all within its 11 mile span. Due to its twisty design, however, truckers can have an especially hard time maneuvering around the turns, and in some cases, cars and motorcycles are forced off of the road as a result.

When an accident does occur, the entire road can be blocked for hours during the cleanup process. The North Carolina side of the road has had a large truck ban in place for years, while Tennessee had a posted sign warning truckers of the dangerous curves. Now Tennessee will update their signs in January to inform all motorists of the new ban.

The dangers of large trucks

Even an extremely skilled and focused truck driver can unintentionally cause a devastating truck accident when they become stuck on risky terrain. Inclement weather conditions, including high winds, ice and snow, can make matters even worse. State officials, local residents and loyal tourists all hope that the large truck restriction on the winding Tennessee roadway will reduce the number of injured victims and help everyone enjoy the road’s vivacious curves.

Victims that have been seriously injured in truck accidents should consider the benefits of contacting tractor trailer accident attorneys in Nashville.