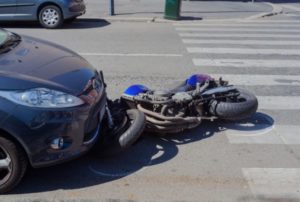 Although motorcyclists have the same rights as all other types of vehicles on Tennessee roadways, many drivers seem oblivious to their existence. The reason for this phenomenon may lie in the results of a recent study conducted at Monash University. According to Science Daily, the study looked at how likely people are to perceive certain types of vehicles that they are not used to driving around. This behavior may increase the risk of motorcycle accidents.

In order to get a better insight into how motorists perceive their driving environment, researchers used vehicle simulators to evaluate whether or not drivers reacted to certain vehicles that they passed in traffic. Researchers asked test subjects to identify both motorcycles and buses, and then controlled the instances of when and where they appeared. While half of the drivers received more buses during the experiment, others were given more motorcycles.

The results showed that most drivers selectively attended to whichever type of vehicle showed up most frequently in their experiment. Those who were given more motorcycles were able to see them from a further distance and were less likely to spot the buses. Drivers who had more buses in their traffic simulation paid less attention to passing motorcyclists. The outcome supported the theory that when people see more of something, they are more likely to watch out for them.

Watching out for motorcycles

In many cities across America, motorcycles are clearly outnumbered by cars, trucks and tractor trailers. If the results of the study hold true, vehicles may be more likely to cause a disastrous motorcycle accident if they are unaware that the motorcycle is there.

A study evaluating over a decade of motorcycle accidents in Florida found that in a majority of the incidents, the vehicle was responsible for causing the accident. The study published in the Sun Sentinel showed that many accidents were caused by negligent drivers who failed to yield to oncoming motorcycles, possibly because they were unable to accurately perceive the motorcycle’s distance or they failed to notice them altogether.

The motorcycle fatality rate in the United States has been steadily increasing over the past five years, jumping from 4,603 deaths in 2009 to 5,080 fatalities in 2012, according to the National Highway Traffic Safety Administration. With a substantial increase in motorcycle deaths and injuries, people are looking for ways to increase motorcycle awareness and safety.

If drivers are more aware of their tendency to overlook motorcycles, they may be more cautious when driving alongside motorcycles on Tennessee roadways.