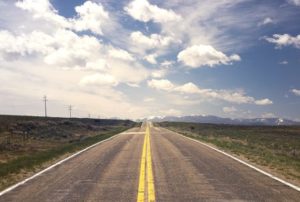 According to an analysis from TRIP, a national transportation research group, United States’ roadways are in such poor condition that they cost the average American driver $515 a year in extra repairs, gas, insurance, and accidents. The primary funding source for streets and highways comes from the states. However, they are also heavily reliant on the federally-funded Highway Trust Fund which is quickly becoming insolvent. Moreover, Congress is thus far unable to agree on a long-term fix to keep the Fund solvent. Congress passed a temporary fix on July 31, 2014, which temporarily prevented insolvency, however, no long-term plan has been implemented.

Overview of the Problem and Cost to the Average Driver

Poor road conditions are present in all 50 states and the District of Columbia. According to TRIP, 28 percent of all U.S. roads are in “poor” condition. A “poor” condition designation means that the road is pitted with so many potholes, ruts, and cracks that it must be completely rebuilt (i.e., repaving is an insufficient fix).

The state of decay varies wildly from state to state. For example, 92 percent of roads in Washington, D.C. are rated “poor.” The next highest is California in which 51 percent of the roads are “poor,” followed by Rhode Island, New Jersey, New York, Washington, Wisconsin, Oklahoma, and Michigan. Luckily, Tennessee has some of the best roads in the county. A mere 11 percent are rated “poor.”

The cost of driving on these roads is similarly, widely varied. California, the District of Columbia, Oklahoma, and four other states can all expect to pay over $600 a year in additional costs. Conversely, Tennesseans pay less than $300 a year due to bad roads.

How did it come to this?

The primary funding source for the Fund is the gasoline tax. However, Congress did not peg it to inflation and has not raised it since 1993. The result is steadily declining tax revenue for the Trust Fund. Raising taxes is difficult because voters immediately internalize the cost of the tax but do not appreciate the long-term effects like car accidents and repairs to their vehicles that are due to poorly maintained roads.