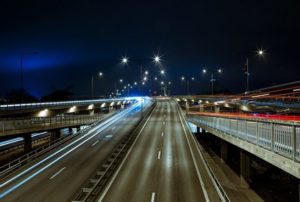 A recent report reveals that while drivers and passengers are at risk of injury or death every time they get into a motor vehicle, those who travel some of the roadways in Tennessee are at an even higher risk. In fact, driving is so dangerous in Music City that it recently came in at number 20 in the nation for deadly crashes that occurred between 2011 and 2015 with 292 fatal car accidents happening in that five years. Of course, it doesn’t help matters that two of the most dangerous highways in the nation run right through the city, or numerous high-risk intersections are in Nashville.

Factors that Contribute to the Dangers of Tennessee Roads

Although there is a limitless list of factors that contribute to the road hazards that make many Tennessee roadways and intersections dangerous, a few tend to stand out above the rest.

Design defects are common across the nation and they play a role numerous motor vehicle accidents. When roads have unsafe entrance and exit ramps, poorly placed guardrails, inadequate or missing safety signs and traffic signals, difficult curves or slopes, or poor visibility the risk for a crash increases.

Driving in bad weather is risky for all drivers, but especially those who have limited experience. When roadways are not properly cleared after heavy snow, ice accumulation or excessive rainfall, however, the dangers are multiplied.

Some Tennessee roads are more likely to be filled with intoxicated drivers, distracted or fatigued motorists, or those who perform more risky maneuvers.