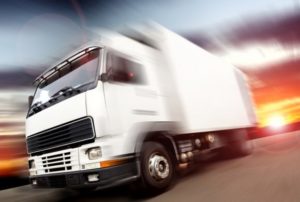 Fatal truck accidents claim almost 12 lives every day and the number has been rising steadily every year since 2009. The improving economy means there is increased demand for products and more pressure on drivers to deliver goods on tight schedules. Truck injury lawyers can help victims of accidents caused by overly tired drivers or companies failing to comply with safety regulations. The increase in truck and bus accidents garners little national attention because these crashes are accepted as a normal part of daily traffic news and also because the deaths typically occur in small numbers across the country.

A Tennessee truck accident in June of 2015 killed six people and injured 18 others. The semi driver was high on meth and had gone 40 hours without any sleep when he barreled through a construction zone at 80 miles per hour, hitting seven vehicles. Thirty-percent of fatal crashes in highway work zones are caused by large trucks, according to the Federal Motor Carrier Safety Administration. A large truck is defined as a truck with a gross vehicle weight rating of 10,000 pounds or more. Fully loaded tractor-trailers can weigh as much as 80.000 pounds and take well over 500 feet to stop when traveling at 65 miles per hour.

Problems not going away anytime soon

The American Trucking Association (ATA) estimates that there is currently a need for 35,000 more truck drivers and freight tonnage is expected to increase almost 25 percent by 2025. To meet the demand, the industry needs to add about 100,000 drivers every year of the coming decade. The ATA also reports that only 10 percent of commercial trucks on the highway have active safety technology. Companies pressure drivers to deliver goods by a certain time, knowing it can only be done by driving over hours. Regulations that reduce driver hours just put more large trucks on the highways with other motorists. When large truck accidents do occur, truck injury lawyers can hire investigators to search the background of drivers and safety records of companies. The truck injury lawyers can then use that evidence to obtain financial compensation for victims.