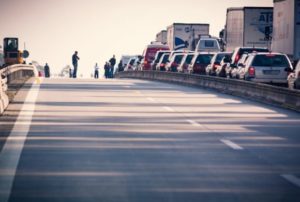 Recently, a crash on I-40 outside of Crossville highlighted the dangers of multi-vehicle truck accidents. The accident occurred when a trailerless truck crossed the median and entered the oncoming lane of traffic. The truck hit a Nissan Sentra head on before plowing into another semi-truck, at which point both trucks erupted in flames. The accident killed three people and injured one more.

Truck injury lawyers warn that multiple-Vehicle collisions involving large trucks present a number of hazards to motorists. First, the smaller stature and lighter weight of passenger vehicles makes them prone to compression. These smaller vehicles can become sandwiched between the semi-truck and any vehicles in front of them. In addition to the immediate physical injuries occupants can suffer, occupants can become trapped within the vehicle. This can delay extraction and can be fatal if the injured party is bleeding either internally or externally.

Another considerable risk is the possibility of fire. If the fuel  tank on the passenger vehicle or the semi-truck rupture, this can flood the accident scene with flammable gasoline or diesel fuel. Semi-trucks carry up to 300 gallons of diesel that can provide plenty of fuel for a fire to rage out of control. If this fuel ignites, it can create life-threatening burns and lead to the inhalation of toxic fumes from the fire to anyone in the vicinity. Even if the fuel doesn’t ignite, spilled fuel can irritate and damage the respiratory system and lead to toxic shock to anyone who is exposed to wet fuel or vapors.

Multiple-vehicle truck collisions are also known for creating compound injuries. As the vehicle is struck from one angle and pushed into another vehicle at another angle, this can jar drivers and their passengers too and fro in rapid succession. This can lead to whiplash, compound fractures, and blunt force trauma on multiple parts of the body. This can complicate treatment and lead to longer recovery times. The more complex the injuries, and the more complicated the treatment, the greater the impact it will have on the injured party’s life and lifestyle.