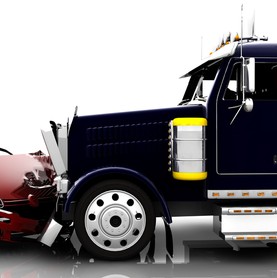 Every year, about 500,000 large truck accidents occur in the United States, according to the U.S. Department of Transportation. About one percent of these result in fatalities. Nearly all of those killed in trucking accidents are in passenger vehicles, and even though truck drivers are safer drivers than the average commuter, they still present a huge danger on the road.

Recent legislation passed in the U.S. House risked making truck accidents even more likely in 21 states around the country that require truckers to take regular rest and meal breaks, much like workers in other industries. The amendment in a massive six-year transportation bill was ultimately removed from the bill. This is fortunate, as driver fatigue is one of the top causes of trucking accidents.

The likelihood of the need to contact a truck wreck lawyer increases when truckers drive tired. According to an Australian study, being awake for eighteen hours causes a driver to act like someone with a .05 blood alcohol content. Pushing that to 24 hours makes the driver even worse than a legally drunk person. People who sleep less are also more likely to crash. Those that sleep fewer than five hours each night are five times more likely to have an accident than someone who averages eight hours of sleep per night.

A complete study of the causes of trucking accidents found that driver fatigue is the lead cause in 13% of all large truck accidents. While passenger vehicle drivers are twice as likely to have fatigue cause an accident, if it could be removed as a cause of truck accidents there is the potential for saving many lives each year and reducing the amount of injuries as well.

Even a 50% decline in fatigue related trucking accidents could save around 200 lives on U.S. roads. Unfortunately, less than half of all states require that truck drivers take mandatory breaks for rest and meals. Most truck drivers do take care of their health by getting enough sleep and taking breaks when necessary. State trucking policies do not encourage drivers to do so however. A truck wreck lawyer could confirm that one small mistake on the roads can be catastrophic when it involves a large truck. Truckers should be encouraged to operate safely and at their best, not while tired and hungry.