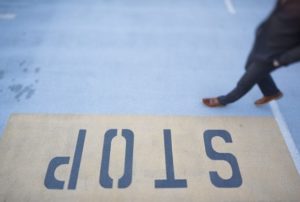 Under Tennessee pedestrian laws, pedestrians have the right of way at all intersections and driveways, but they are required to obey traffic signals when available. In Tennessee, pedestrians have a duty of care for their own safety. They must yield the right of way to all moving motorists on the road. They must look both ways and exercise safe behavior when crossing the road at any point other than in a marked crosswalk or at an intersection. On roadways without sidewalks, pedestrians must walk facing oncoming traffic.

Tennessee traffic laws are enacted to protect both drivers and pedestrians. Drivers must yield to pedestrians crossing the street in crosswalks and school zones. They must come to a complete stop and wait until pedestrians have safely crossed. Drivers are expected to do everything possible to avoid hitting pedestrians, even if they are illegally jaywalking. Pedestrians are also required to obey traffic laws. Pedestrians who ignore traffic signs and signals put drivers and themselves at risk. A Tennessee personal injury attorney often sees pedestrian injuries that range from broken bones to death.