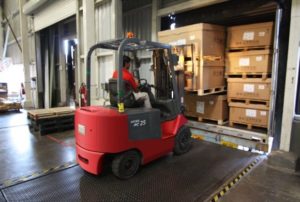 A number of factors can lead to worker injuries in Colorado, and certain industries, groups of workers, and even times of the day have much higher injury risks. Workers in the trade, transportation, and utility sector, employees who are newer to their jobs, and those who are older than age 45 are more prone to injuries. There is also an increased risk of injury that happens in the hours before lunch and again in the late afternoon hours.

Certain workers and industries carry greater risks of injuries, and those that can happen are specific to the types of jobs. For example, people who work in transportation and warehousing or in public administration, as well as those who are 45 or older with work-related injuries to their spines or upper extremities, make up more than one-third of the claims for lost time at work that are made each year to the Colorado Department of Labor and Employment. Back strains are common injuries for people who work in the construction industry as well as for clerical and professional workers. Health care workers have a higher risk of contracting illnesses from their patients, and hospitality workers have higher risks of suffering cuts to their fingers and hands.

There are several factors that lead to an increased injury risk. More workers suffer injuries during the hours leading up to lunchtime and again in the late afternoon hours. Researchers claim that this heightened risk is caused by workers not eating correctly or hydrating enough, leading to metabolic changes. Another factor that contributes to many accidents is the inexperience of workers. Workers who are new to their jobs have a much greater risk of having accidents at work. Workers in the hospitality industry have a 35 percent increased risk of injury during their first six months on the job. Professional and administrative workers have a 30 percent greater risk of injury during their first year at work.

When workers in Colorado are injured on the job, they can file workers’ compensation claims to recover money for medical expenses, lost wages, and more. In some cases, workers may also be entitled to compensation from third parties like equipment manufacturers, contractors, or other parties who caused their injuries.