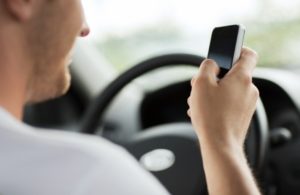 In Tennessee, truck drivers are prohibited from using their cell phones with their hands, but hands-free systems, which are also distracting, are allowed. The Federal Motor Carrier Safety Administration prohibits the use of handheld cell phones while truck drivers are driving. The drivers are also forbidden from using hands-free phones if they must press more than one button to make a call. While the FMCSA recognizes the dangers of texting while driving and has moved to make doing so illegal, using a hands-free system is also distracting and may lead to truck accidents.

The FMCSA has rules in place about the use of cell phones while truck drivers are driving. They are prohibited from using phones that require them to hold the phones in their hands when they make calls. They are also prohibited from using phones that require them to push more than a single button to make a call. Finally, they cannot have their phones positioned in such a way that they are forced to reach for their phones, making them lean over and out of a seated position.

Why Hands-free Systems Are Distracting

Dialing on a hand-held cell phone, reading text messages or typing messages cause three different types of distraction, including visual, manual and cognitive distraction. Hands-free systems take away the problems of visual distraction and manual distraction because the drivers can keep their eyes on the roads and their hands on the wheel. However, when their cognitive attention is divided between responding to a message or talking and concentrating on the road, they are still cognitively distracted.

In addition, while hands-free system manufacturers claim that visual distraction is eliminated, most drivers who use hands-free systems still tend to glance at their phones when they are sending voice texts. Most people check to see if what they say is being translated accurately because the translators are known for making mistakes.