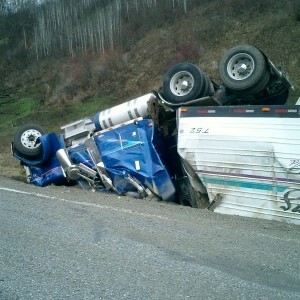 Fatigued driving, more commonly called “drowsy driving” is becoming a serious problem on American roads. The Centers for Disease Control (CDC) estimates that it is responsible for 1 in 5 accidents. It’s a problem that police departments and government entities are growing weary of as more and more people take to the roads.

In 2013, the National Highway Traffic Safety Administration’s (NHTSA) statistics showed that drowsy drivers were responsible for 72,000 accident which caused 44,000 injuries and 800 deaths. The caveat to this statistic is the CDC believes the NHTSA’s statistic is a gross understatement. Their research indicates that drowsy driving is responsible for up to 6,000 fatal accidents every year.

Owing to this discrepancy, as well as proposals within the Highway Bill that would extend driving hours for truck drivers, Congress has included a study on drowsy driving into the $305-billing “Fixing America’s Surface Transportation Act.” The study will be conducted by the Department of Transportation (DOT) and is aimed at reducing the overall number of fatalities and injuries involving tractor trailers and truckers. Analysts will aim to determine the effect of commutes that are 2.5 hours or longer on accident rates.

In 2014, the NHTSA’s statistics showed that 4,000 people died in collisions with tractor trailers; many of these accidents were the result of drowsy drivers. It’s a problem the Federal Motor Carrier Safety Administration (FMCSA) has attempted to tackle for years. In 2011, they issued several new rules that would reduce the hours of service for truck drivers and require them to take a 30-minute break from driving during the first 8-hours of their drive. The rules also required a 34-hour break every 7-days. The cumulative effect of these reduced the maximum number of hours a truck driver could drive to 70 per week.

While it looked good on paper, the FMCSA has discovered two significant problems over the past few years. For starters, some companies are pushing their drivers to drive the maximum number of hours allowed under the rules. It’s a common problem encountered by trucking attorneys litigating accident cases as drivers are regularly being pushed to their physical and mental limits which increases the likelihood a driver will be involved in an accident as they have little time to rest and recover before their next shift begins. Further, investigators from the FMCSA inspecting logbooks and company records have discovered that many companies have been granted waivers by the FMCSA and are operating under previous rules. Drivers working for these companies are working far in excess of their peers within the industry and are at greater risk for accidents as a result.

One facet of drowsy driving the study will examine happens to be the most difficult to resolve; that is that driver fatigue is difficult to spot by the drivers themselves. Fatigue is something that creeps up slowly and before a driver recognizes they are too tired to drive, they are often involved in an accident. For now, the DOT is urging all truck drivers to pay closer attention to their own health and well-being while they drive by recognizing the signs of fatigue. They also caution that drivers should not ignore symptoms including increased yawning, decreased focus, and changes in visual acuity as these are the first symptoms that a driver is tired. They strongly recommend that drivers experiencing these symptoms should pull over and rest before continuing on their journey.

Drivers, regulators, and regulators are anticipating the results of the study, however, as of now there is no timeline for delivery of these results. While the DOT study will offer important insight into drowsy driving, its myopic focus on long-haul drivers will only tackle part of the drowsy driving problem. Of greater concern is that it is not just truck drivers who are driving tired.

There are 3.5 million truck drivers in America and they share the road with over 200 million drivers of passenger vehicles. Thus, the study and any recommendations the  may reduce the danger of a truck driver causing an accident due to fatigue, it will do little to stop trucking related accidents caused by a fatigued driver of a passenger vehicle. According to a 2012 survey by the CDC, 1 in 25 drivers of passenger vehicles self-reported having fallen asleep behind the wheel in the month preceding the survey. Extrapolated, it means that there are more tired drivers on the road at any given moment than there are truck drivers in the entire country.

Because a drowsy driver of a passenger vehicle is more likely to be involved in an accident, including collisions with 18-wheelers, it’s an issue that AAA and many trucking attorney’s are urging legislators and regulators to seek solutions for as well. However, for now it’s an issue that’s taking a back seat to the study of professional drivers whose lives and livelihood are on the line.