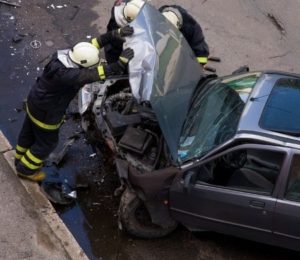 Traffic accidents are one of the most common causes of death in Tennessee and across the nation, according to a report published by AAA. Studies released by the National Highway Traffic Safety Administration show that drowsy motorists are to blame for approximately 1.4 percent of all car accidents in the nation. Their statistics stated that 5,021 people were killed in car accidents caused by drowsy drivers from 2005 to 2009. Yet research conducted by AAA has uncovered a much higher fatality rate, suggesting that the NHTSA figures underestimate the true scope of the problem. Researchers want motorists to understand that drowsy driving can lead to devastating car accidents, injuries and deaths, a fact known by a car accident attorney in Tennessee.

Looking at the numbers

Recent studies performed by AAA found that as many as 328,000 car accidents are caused by fatigued or drowsy drivers each year. This number heavily outweighs statistics reported by the NHTSA. AAA reported that 6,400 of these drowsy driving accidents resulted in fatalities, while 109,000 collisions caused serious injuries. Experts believe that these numbers are a better representation of the actual number of drowsy driving accidents that occur on U.S. roadways each year.

In order to obtain these results, AAA evaluated reports obtained through NHTSA’s National Automotive Sampling System Crashworthiness Data System from 2009 to 2013. The reports gave a first-hand account of law enforcement officers’ interpretation of the accident, as well as interviews with the drivers’ responsible for causing the motor vehicle accidents. The officers then coded the driver’s attention span as asleep, sleepy, distracted, inattentive, attentive or unknown. At least 3 percent of the subjects included in the study were labeled as sleepy.

The data also showed that 21 percent of the car accidents that occurred during that time involved drowsy drivers and ended in death. Another 13 percent resulted in serious injuries and 7 percent involved other injuries.

Researchers believe that the number of drowsy drivers responsible for causing devastating traffic accidents is grossly misrepresented. In many cases, it can be difficult for law enforcement officers to determine whether or not a person is drowsy, which is an issue that a car accident attorney in Tennessee may have to deal with. Most drowsy drivers are not willing to admit that they are fatigued. They may be in fear of retribution or subsequent legal action if they were responsible for the injury or death of another person.

Americans live busy lifestyles, and many are forced to go about their daily activities after minimal amounts of sleep. When a driver’s lack of sleep results in a serious auto accident, he or she may be held liable for the damages. This may include compensation for the victim’s injuries, property damage, lost wages for time off of work and emotional trauma. Some accident victims may seek the legal counsel of a car accident attorney in Tennessee.