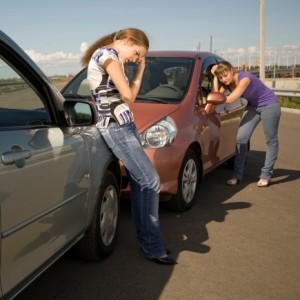 The beginning of the 2015-2016 school year brings the influx of the student population, increasing the traffic population on Tennessee’s roadways. The excitement and high spirits that often accompany the start of a new semester are oftentimes hampered, however, because with more drivers comes an unfortunate repercussion: an elevated number of vehicle accidents.

According to the Fatality Analysis Reporting System (FARS) Encyclopedia, approximately 32,719 people lost their lives in vehicle crashes in the United States in 2013, and an estimated 1,591,000 were injured. Of those, 995 fatalities were in Tennessee. So far this year, an estimated 90,200 vehicle crashes have occurred in the state, with 393 being fatality accidents and approximately 22,470 being injury accidents.

Motor vehicle accidents are the leading cause of death for teenagers ages 15-19 in the United States. In fact, approximately 20 percent of teenage deaths are related to car crashes. In 2013 alone, there were an estimated 2,600 teenage drivers who were involved in fatality accidents and approximately 130,000 received accident related injuries. That same year, the Governors’ Highway Safety Administration reported that Tennessee was number one in the nation (tied with Indiana) for the most vehicle accident fatalities involving teens.

The rate of fatality accidents per 100 miles traveled on Tennessee roadways is highest in the months surrounding a new school year. While many passenger vehicle accidents are clearly a result of inexperienced drivers, students and parents who are not familiar with the community are partly to blame as well. With National Teen Driver Safety Week quickly approaching, it is vital that drivers of all ages become educated about the causes of teen driver related accidents and take measures to prevent such alarming statistics. But what can be done?

Although the majority of teens in Tennessee wear their seat belts and try to practice safe driving, inexperience, distractions and overconfidence cause many teen drivers to make critical errors that sometimes result in tragic consequences. Some of the leading causes of motor vehicle accidents involving teens include:

No matter how prepared a teen driver may be, accidents sometimes occur, and unfortunately, many times those accidents involve serious injuries and sometimes fatality. In some cases, individuals in Tennessee who are involved in motor vehicle accidents are able to obtain adequate compensation for injuries, lost wages, medical bills and vehicle damage/ loss without the use of a personal injury lawyer in Nashville. Unfortunately, however, this is typically not the case.

Thankfully, experienced personal injury lawyers in Nashville are familiar with the laws regarding motor vehicle accidents in Tennesseeand how they could affect the outcome of a personal injury case. Some factors that can impact a claim include: