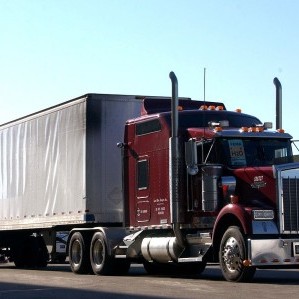 When commercial truck drivers cause accidents in Colorado, it is important for the injured victims or the families of people who are killed to try to preserve the evidence that is contained on the trucks’ black boxes. Like airplanes, commercial trucks contain electronic control modules or electronic logging devices that record important data about the truck in the moments leading up to the crash that can help plaintiffs prove the fault of the truck drivers. This type of data has the potential to help to strengthen the claims of injured victims or of surviving family members.

The Federal Motor Carrier Safety Administration requires that all commercial trucks have electronic logging devices installed in them. These devices record such information as the speed at which the truck was traveling, whether the driver applied the brakes or the gas pedal, the change in the truck’s velocity after the impact, whether the driver was wearing a seatbelt and whether the airbags deployed. They also record when the trucks are in motion and record data about multiple crashes and the time that elapses between them. All of this information can be important in a claim involving a commercial truck. Plaintiffs may be able to use the data to show that the truck drivers did something wrong so their cases are strengthened.

Getting Evidence From Black Boxes

Some electronic logging devices store information about the trucks while others transmit it back to the companies. Because of the possibility of the evidence getting sent to the companies, there is a potential that the companies might alter or destroy the data in an effort to avoid liability. Companies that destroy electronic evidence may face sanctions from the court. It is possible to secure a court order to preserve black box evidence by filing a motion for preservation of the evidence. This can prevent the trucking carrier from altering or destroying the data on the black box of the commercial truck that was involved in the accident.

While black box data is important, there are other types of evidence that can also help to prove liability. An accident reconstruction expert may review the scene and take photographs. He or she may measure any skid marks and complete calculations that might reveal the speeds and positions of the truck and the other vehicles. With strong evidence, plaintiffs are likelier to receive fair settlements.