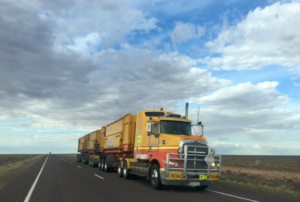 The American trucking industry is heavily regulated, but regulations may not be enough to keep Tennessee roadways safe. Although other motorists and pedestrians depend on trucking companies and drivers to comply with the laws, it’s not uncommon for truckers and the companies they work for to blatantly ignore regulations, operating under the influence, without the proper licenses and insurance, and while in violation of hours of service regulations. When they fail to abide by the law, catastrophic accidents that injure or kill others often result.

Because commercial trucks are much larger and heavier than other vehicles, they are particularly dangerous in accidents. As a result, there are regulations that limit the number of hours that drivers may work per day and per week and mandatory rest periods during which truckers are not supposed to perform any work. There are also regulations that limit the total allowed length of the trucks and their maximum weights. Drivers are not supposed to drive while impaired, and they are not allowed to text on their cell phones. Trucking companies are supposed to keep their fleets in good working condition and promptly repair any parts that might be failing. All of these regulations are meant to enhance the safety of large trucks so other motorists may be protected.

When Drivers and Companies Skirt Rules

Despite the existence of the regulations, some drivers and trucking carriers regularly skirt the rules. For example, one Georgia owner-operator trucking company was shut down by the Federal Motor Carrier Safety Administration after a co-owner/driver was found to have violated multiple regulations when he caused a fatal accident. The driver failed to slow when he approached a construction zone and struck a slow-moving Jeep while traveling at 63 mph. The Jeep’s driver was killed, and the passenger was seriously injured. The FMSCA found that the truck driver was driving with a suspended license and that the truck was uninsured. In addition, it found that the company failed to follow regulations for driver qualifications and it failed to carry adequate insurance, along with multiple other regulatory violations.

While regulations are important, it is equally important to ensure that companies and drivers follow them. Increased enforcement efforts could help get unsafe drivers and companies off of the roads.