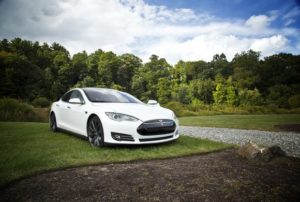 A recent crash in Utah has raised concerns that drivers may be inattentive when they are using autopilot, failing to react and take control when doing so is needed. When the woman crashed into a stopped firetruck while she was traveling at 60 mph in her Tesla with the autopilot system engaged, her hands had not been on the wheel for about 80 seconds. She was ticketed after telling the police that she was looking at her phone just before the collision.

Tesla Crashed While on Autopilot

A 28-year-old Utah woman was driving her Tesla Model S on autopilot, which requires driver oversight. She took her hands off of the wheel to look at her cell phone while she was traveling at 60 mph. While she was looking at her phone, her car crashed into a fire truck that had stopped. She only suffered a broken foot in the collision, and Tesla placed blame on her for her accident. The woman reportedly did not have her hands on the wheel for the 80 seconds that led up to the accident.

The crash was not the first one involving a Tesla while it was on autopilot. The National Highway Traffic Safety Administration is currently investigating collisions of Tesla cars in California and Florida.

Problems Revealed by the Crash

The latest car crash occurred amidst the rush of car manufacturers to add driverless technology to their vehicles. Carmakers tout the technology, claiming that it is much safer than human drivers and should lead to a drop in accidents. One issue that was revealed by this accident is that drivers may become complacent when they are driving on autopilot and fail to pay attention to what is happening on the road around them. In the woman’s case, data from her car revealed that she had taken her hands off of the wheel more than 12 times. The woman only placed her hands back on the wheel for a few seconds when the car prompted her to do so on its heads-up display. Tesla does not have the technology to track when motorists are not paying attention like other carmakers do in their autonomous vehicles.