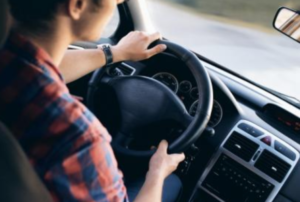 Safety advocates are calling for more safety testing of autonomous vehicles before they are released to the market in Tennessee and elsewhere. Recently, the advocates’ efforts were rewarded in the Senate. A senatorial committee included some of the recommendations of the Advocates for Highway and Auto Safety in a pending bill that would govern the manufacture and release of autonomous vehicles. The bill originally would have exempted many autonomous vehicles from the safety testing requirements of the National Highway Traffic Safety Administration, something that the safety experts decried. If the bill ultimately passes, more safety testing will be required before the manufacturers will be able to release the vehicles for sale on the market.

The Advocates for Highway and Auto Safety lobbied members of the Senate Commerce, Science, and Transportation Committee to limit the number of allowed exemptions from safety standards for autonomous vehicles in the bill. They also asked that the Department of Transportation is required to conduct more safety evaluations of exempt AVs before they agree to a larger release of the vehicles. Other provisions that the advocates lobbied for include mandating the publication of safety evaluation reports of AVs by their manufacturers, the inclusion of alert systems to prevent people from forgetting children behind in cars and the inclusion of safeguards for cybersecurity issues.

The group received backing from several senators, and the bill passed the committee on a bipartisan basis. The safety recommendations from the Advocates for Highway and Auto Safety was included in the markup of the bill, leading the organization to claim a victory in its lobbying efforts. The organization says that driverless vehicles should not be released on a mass basis until the manufacturers can show that they are safer than cars that are controlled by human drivers.

Autonomous vehicles show promise in their potential to greatly reduce injury and fatality accidents, but it is important to make certain that they are safe before they are made available on the mass market. The bill would lead to more on-road testing of the vehicles, and the inclusion of the additional provisions may help to make the testing safer for the public.

While driverless cars may lead to a drop in the number of accidents, some are still bound to happen. A Nashville car accident lawyer may help accident victims who are injured in accidents with AVs.