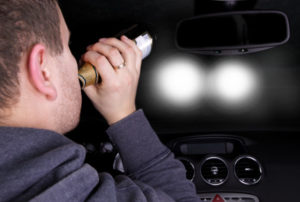 When motorists are driving dangerously because they are drunk, distracted or aggressive, these dangerous drivers should be reported to authorities right away. People who witness reckless drivers should maintain a safe distance from motorists who are driving dangerously. They should have a passenger call 9-1-1, or pull over to call the police themselves as soon as it is safe. Reporting dangerous drivers can help prevent accidents that could result in severe injuries or fatalities.

What to Do When There Is a Dangerous Driver

Calling the police is the best defense against dangerous drivers. When people see drivers who are weaving in and out of traffic, driving aggressively or driving while distracted or appear to be drunk, they should not attempt to follow the dangerous motorist. Doing so could make the situation worse. People should not take pictures of dangerous drivers or provoke them in any way because such actions could lead to road rage incidents. Instead, they should pull over to the side of the road and call the police. If possible, people should try to note the vehicle’s make, model, color, and license plate number. This information can be helpful for responding officers who are attempting to locate the vehicle. Witnesses should also take note of the approximate mile marker or other location indicators and the direction the dangerous vehicle is traveling so they can provide this information to the dispatcher.

People should only report those drivers whose actions are a threat to public safety. The 911 system should not be used to report simple traffic violations. When people witness problematic driving behaviors that are minor and that do not rise to the level of endangering others, they can opt to report what they see by calling the police non-emergency line.

Why Reporting Is Important

While some people may be hesitant to report dangerous drivers to the police, it is important to do so. In 2015, more than 3,400 people were killed and 390,000 were injured because of distracted drivers. During the same year, more than 10,265 fatalities and 290,000 injuries were caused by impaired drivers. If reports had been made, some of those accidents could have been prevented.