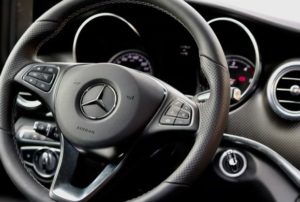 According to the Insurance Institute for Highway Safety, voice command systems are less distracting for drivers than infotainment systems that require people to glance at them or manually manipulate them. Researchers evaluated the effects that the characteristics of various interfaces had on drivers’ ability to focus and determined that those that used single-step voice commands impacted driver focus less than those that required multiple-step commands.

The researchers studied 80 drivers on Boston-area interstates between the ages of 20 and 66 while they made phone calls. Half of the drivers drove vehicles that were equipped with single-command systems while the other half drove vehicles that were equipped with multiple-step command systems. After the drivers were trained on how to use the infotainment systems, cameras were used to analyze the effects of using the systems.

The researchers found that for each 10-year increase in age, 3.7 more seconds were required for drivers to complete their calls with the multiple-step systems. Long glances away from the road lasting two seconds or more also increased by 0.4 percentage points. In the single-voice command vehicles, there was no corresponding increase in distraction with increasing age. Regardless of how old they were, the drivers that used single-voice command systems were able to keep their eyes on the road 85 percent of the time while they were making phone calls.

The findings indicate that installing single-voice command systems in vehicles that are owned by older drivers may help them to keep their attention focused on the roads. These systems may help older drivers avoid accidents that are caused by distracted driving.