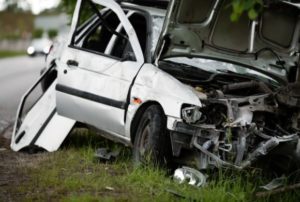 A driver who fails to keep the proper distance between his or her vehicle and the car in front of them may end up rear-ending the vehicle should it need to stop unexpectedly. There were over 330,432 motor vehicle accidents in Tennessee from 2004 to 2014 that were caused by people who were following improperly. Whether a driver is following too closely intentionally or as a result of driver distraction, doing so will increase the likelihood that an auto accident will occur.

The second most common cause of traffic accidents in Tennessee, as reported by the Department of Safety and Homeland Security, stems from failure to yield to another vehicle’s right of way. This usually occurs when a driver turns in front of an approaching motorcycle or vehicle, causing a collision. These types of accidents can be particularly dangerous, as they often involve vehicles that are traveling at high rates of speed.

According to the Leaf-Chronicle, a Dover man is facing charges of failing to yield resulting in death or injury, vehicular assault and vehicular homicide. The man made a left-hand turn, cutting off an oncoming motorcycle and causing a catastrophic collision. The passenger in the man’s vehicle was seriously injured and the motorcyclist was killed in the accident.

Failure to stay in lane

When a driver is intoxicated, drowsy or distracted and fails to stay in their lane of traffic, they may unintentionally cause an accident. Approximately 22,833 Tennessee residents did just that in 2013, making it the third most common type of traffic accident in the state. Accidents caused by vehicles running off of the road completely are also included in this statistic. National and state campaigns designed to warn motorists about the dangers of impaired driving may have made an impact on motorists in the state, as only 14,734 accidents have involved failure to stay within one’s lane of traffic so far this year.

Other significant causes of traffic accidents

Although speeding, careless driving, improper lane changing, failure to obey traffic signals and inattentive driving did not make the top three list, they all caused a significant number of Tennessee traffic accidents. Obeying these traffic rules on a regular basis may help to save a life.