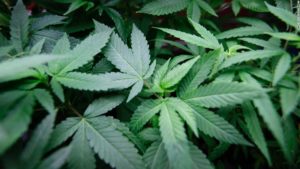 However, the IIHS says there are overall 6% more crashes in general, while the American Journal of Public Health says there is no change.

The problem lies in the testing and current lack of accurate measurement markers for “under the influence” as it relates to marijuana. Our society is still playing a lot of catch-up to the public’s acceptance to legal use. Until the medical and legal experts develop proper testing and scaling for determining the influence marijuana has on drivers, the debate will continue.

It goes without saying, though, that any driver who uses marijuana or simply takes a medication and feels cognitive effects from that should not be operating a vehicle. When a wreck occurs, BAC data and other medical markers of influence and inebriation are helpful, but they are not necessary to deciphering fault, or whether a substance influenced the driver’s ability to operate a vehicle. Diving into the facts of the collision itself and the actions taken by that driver, both before and after the collision, can provide the necessary clues.

Queener Law has tried cases for clients who were injured by drivers under the influence when there was no medical data or the medical data ceased to exist by the time of our involvement in the case. We have a network of medical experts and law enforcement experts that can help us put the pieces together. While we wait for science to catch up, with a few important facts, we may still be able to prove that the person responsible for our clients’ injuries should not have been on the road and was not in the right frame of mind. If you think your wreck applies, give us a call for a free consultation.