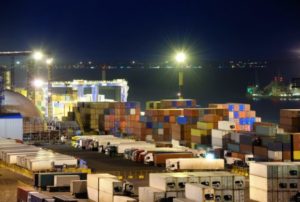 Tennessee workers who are required to drive commercial vehicles, as a part of their job, put themselves in danger every day. A Tennessee personal injury attorney knows that sometimes these employees are victims of other motorists’ poor driving habits. Injured employees have the right in Tennessee to seek workers’ compensation but they may also be able to file a third party lawsuit.

Recently, a woman employed with AT&T was standing next to her utility truck. According to Commercial Appeal News, a motorist overcorrected while swerving to miss hitting another car and smashed into the AT&T truck and woman. The truck was parked alongside the road when the accident occurred. The employee lost her leg as a result of the tragic accident. The driver was officially charged with driving while license suspended, failure to maintain control and violating the financial responsibility law.

What is a third party lawsuit?

A third party lawsuit is essentially a lawsuit filed against a person or company who is not associated with the injured worker’s employer. For example, in the above story, if the woman was hit by another AT&T driver, she would not be able to file a third party lawsuit as the negligent party would be a fellow co-worker. Since the person who caused her injuries is not affiliated with AT&T, she can seek additional financial compensation from that driver.

Unlike workers’ compensation, which is awarded on a no-fault basis, a Tennessee personal injury attorney knows in a third party lawsuit the injured worker must prove that the injuries were caused by the third party’s negligence. In some cases, the person who initiated the accident may be solely responsible. However, there have been situations where there were several parties involved. For example, if a delivery driver is hit and injured by a large tractor trailer, the truck driver and the trucking company may be held liable for the damages in separate third party lawsuits.

These lawsuits are not limited to just auto accidents; they also apply to cases involving slip-and-falls as well as construction accidents. Unlike workers’ compensation benefits, which have a maximum payout limit, lawsuit money may be awarded for emotional trauma in addition to medical expenses and other damages.

According to the Bureau of Labor Statistics, a little over 3 million work-related injury cases were recorded in the U.S. during 2013. More than 200,000 of those involved slip-and-falls. When employees believe that their work-related injuries have been caused by an outside party, they may want to seek legal assistance from a Tennessee personal injury attorney.