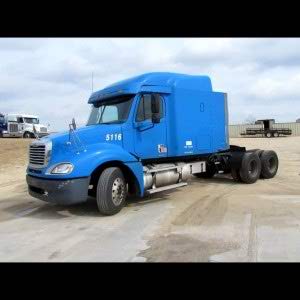 Technology is continually evolving to make our lives easier and safer. As advancements in vehicle safety are developed, they have the potential to reduce the number of truck involved accidents throughout the country. Unfortunately, while technology advances rapidly, legislation and regulation evolve slowly. This means that even though technology exists that could make driving large trucks safer, it can take years before such technology becomes required equipment on vehicles.

One of the greatest risks drivers on the road face is attempting to pass a large 18-wheeler traveling the slow lane. There is an immense barrier between the truck and oncoming traffic which means the driver of a passenger vehicle traveling behind an 18-wheeler must pull out slightly to see ahead before attempting to pass. The National Highway Traffic Safety Administration’s 2014 data shows that there were nearly 840,000 blind spot accidents last year that resulted in 300 fatalities. See through cameras being developed could help reduce this number by using cameras mounted on the front of a truck to project an image on the rearward cargo door. This would allow drivers to see through the truck so that they can see oncoming traffic and vehicles that are positioned directly in front of the truck.

Volvo is currently testing 360-degree awareness systems that use a combination of sensors and cameras to alert truck drivers to everything from the presence of pedestrians around their trucks, to the encroachment of other vehicles behind their trucks. In 2013, there were roughly 242,000 sideswipe accidents that led to 27,000 injuries and 2,500 fatalities. Many of these involved large trucks who were unable to see passenger vehicles situated within blind spots around the truck. 360-degree awareness systems would eliminate these blind spots and make it safer for trucks to change lanes or make turns.

Daimler Trucks of North America is currently testing systems that would effectively relieve the driver of many of the responsibilities of driving. The system would control steering, throttle, and braking systems. This would reduce cognitive strain on the driver and effectively turn them into a passenger who can take control should the situation warrant. Moreover, if the driver fails to respond to a warning issued by the system, it immediately slows the vehicle and pulls it over to a complete stop on the side of the road. This would be a significant help in preventing drowsy driving accidents which the NTSB and many truck accident lawyers estimate is a contributing factor in 30-40% of all truck involved accidents.

Similar to power steering when it first made its appearance, dynamic steering makes the task even easier. Dynamic steering accounts for pot holes, ruts in the road, and traverse over mixed-friction surfaces, and wind condition to keep a truck traveling in a straight line. This reduces muscle strain on a driver and enhances a driver’s ability to maintain control of the truck. This technology could have a considerable impact in reducing the number of loss-of-control accidents caused by adverse weather conditions, crumbling roads, etc.

Drowsy driving and distracted driving are the leading causes of lane departure accidents. Lane departure alarms utilize a series of cameras and sensors to determine when a vehicle is veering off the road. When the system is triggered, it mutes the radio and initiates a loud alarm that continues until the vehicle returns to the lane.

Each of these technologies have been presented to legislators and regulators tasked with making America’s roads safer. While many of these systems are available commercially, none of them are required equipment. As such, a relatively small fraction of commercial trucking vehicles are equipped with these systems. However, with the number of trucks on the roads expected to increase exponentially by 2020, these technologies will play a considerable role once they are reviewed for their effectiveness and regulations are put in place requiring their installation on commercial trucking vehicles.