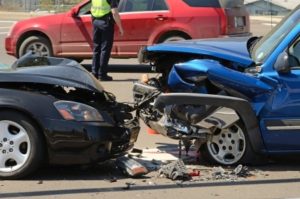 Seat belts don’t always save lives and each year thousands of seat belts fail to protect the drivers and passengers who use them. While properly operating seat belts reduce the risk of serious injury or death by between 40-55%, it is estimated that up to 6,000 fatalities per year are the result of defective seat belts.

There are four common forms of seat belt failure, including seat belt latch failure, retractor failure, and spooling. Seat belt latch failure involves a latch that either falsely latches or that unlatches without warning. Retractor failure is similar and involves the failure of the locking mechanism that is supposed to restrict forward movement of the seat belt. This is commonly related to webbing defects which involves loose seat belt webbing that allows too much movement of the belt or causes the belt to snap when stretched. Finally, the mounting may be improperly secured to the vehicle which can cause it to snap off of the body of the vehicle and become a deadly projectile.

Of course, the number one reasons seat belts fail isn’t because of defect parts, it is because motorists and their passengers simply don’t use them. According to the CDC, half of teens between the ages of 13 and 19, as well as adults 20 to 44 who died in car accidents in 2015 were not wearing their seat belts at the time of the accident.

Seat belt failure is not always immediately clear following an accident. Indeed, many injuries may be misattributed to other causes when the real cause is a defective seat belt. For this reason, it is important to work closely with an attorney in Nashville TN to thoroughly review images from the accident, the accident report, and any medical records that indicate the presence of a seat belt failure at the time the accident occurred.