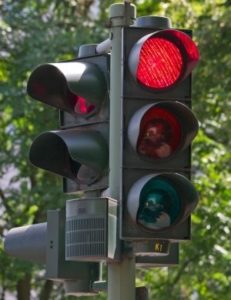 Since their installation in October 2006, red-light cameras in Gallatin, Tennessee, are reported by local law enforcement to have reduced car crashes at four busy intersections by approximately 35 percent. The Tennessean states that despite their success, certain lawmakers would like to do away with the cameras. Opposition efforts involve a revised version of the Tennessee Freedom from Traffic Cameras Act, which would ban the cameras and extend the yellow light to six seconds. A car accident lawyer in Tennessee may understand Gallatin law enforcement’s belief that banning the cameras could lead to more accidents.

According to a study from the Insurance Institute of Highway Safety, 683 people were killed and 133,000 injured in the U.S. in 2012 because someone ran a red light at an intersection. The study shows that this type of deadly crash was reduced 24 percent in larger cities that implemented the cameras. All other types of collisions at intersections saw a reduction of 17 percent.

Cameras save lives and livelihoods

While the costliest consequence of an auto accident may be loss of life, other damages can create significant hardship as well.  Injury accidents may result in the following:

The Police Chief, a law enforcement publication, states that the presence of red light cameras has been shown to deter red-light running, which leads to fewer fatal or injury accidents.

Typically, digital cameras are placed at intersections so that they point inward toward traffic. According to the Federal Highway Administration, induction loop triggers are placed under the road at the stop line. A computer is wired to the camera, to the traffic signal and to the trigger. When a car runs a red light, the computer responds to the trigger and tells the camera to take two pictures of the vehicle, one at the intersection and one halfway through the red light. Police Chief Magazine states that cameras do what is not generally possible for most law enforcement departments: they provide 24/7 surveillance. A car accident lawyer in Tennesseeunderstands that this may prevent fatalities and injuries from intersection collisions.

Lawmakers who oppose the cameras argue that the practice may be more about profit than safety. However, law enforcement believe the red-light cameras save lives. If you have sustained injuries from a crash at an intersection or have lost a loved one to a collision, a car accident lawyer in Tennessee may be able to help you recover damages.