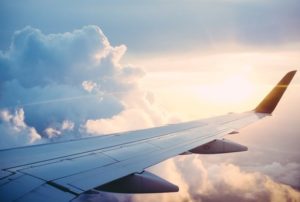 FAA safety inspectors may have improperly approved thousands of aircraft for commercial operation without first reviewing the exemption limitations that could cause them to be prohibited. A whistleblower made a report to the Office of Special Counsel, which requested that the Federal Aviation Administration conduct an investigation. The investigation found that more than 11,000 planes that should have failed their inspections were passed by the inspectors, endangering the public.

Findings of the FAA

The FAA conducted its investigation and reported its findings to the Office of Special Counsel. It substantiated the report that the planes were passed despite having inaccessible exit doors. According to the FAA, some of the planes had interior doors installed that blocked people’s access to the rear exits. The planes are only permitted to have those interior doors if they have locking mechanisms installed that prevent the doors from becoming closed. However, many of the planes did not have the locking mechanisms installed and were still allowed to fly. The FAA also substantiated the whistleblower’s report that some planes were allowed to continue flying despite having expired registrations in violation of the FAA’s safety regulations.

The FAA recommended a number of corrective actions, including the development and implementation of a corrective action plan that includes specific due dates. It also recommended clarifying any exclusions or limitations that are included in the FAA manual to make certain that inspectors look for the locking mechanisms and to fail passenger planes that don’t have them. It also recommended that the registration system is updated and that planes that are expired are not passed.