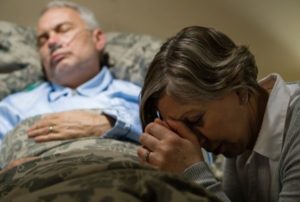 Whether they are driving down the turn lane, running red lights or confusing the gas pedal for the brake, some elderly motorists in Tennessee can create a significant driving hazard to other motorists on the road. While the topic of elderly drivers may be somewhat controversial, some states enforce strict regulations regarding senior citizen’s driving privileges in order to protect the interest of drivers on their roadways and limit the number of car accidents caused by senior drivers.

According to the Tennessee Attorney General, the right to have a driver’s license is protected under the Constitution. However, individual states are able to customize driver’s license testing procedures to different age populations in order to protect the best interest of the public.

Out of the 33,561 deaths that occurred due to motor vehicle accidents statewide in 2012, 2,692 people were between the ages of 65 and 74 years old, according to the National Highway Traffic Safety Administration. An additional 2,868 people over the age of 74 were killed in traffic vehicle accidents that same year. In Tennessee, 175 elderly drivers over the age of 65 years were fatally injured on state roadways in 2012.

The U.S. Census Bureau expects the population of elderly American citizens to grow exponentially within the next 15 years, as baby boomers continue to age, according to a USA Today report. The bureau estimates that by the year 2030, the number of people over the age of 85 years old will reach 9.6 million. Many states are already planning on how to manage this rapid increase in older drivers.

Although many elderly drivers have the capability to drive safely, there are others whose driving skills may be compromised. The Tennessee Department of Transportation reports that people may experience certain changes as they grow older, which may affect their ability to drive. These include:

Elderly drivers may have difficulty driving through traffic, backing up, driving in dark conditions and making left turns. Some may get disoriented when driving in an unfamiliar environment. All of these factors could potentially lead to serious accidents involving injured victims, and should be kept in mind when determining whether or not a senior citizen should continue to drive.