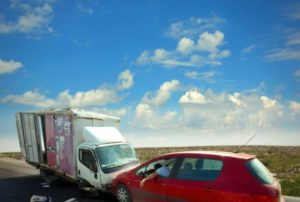 The Mine Safety and Health Administration reports that certain accidents occur repeatedly on U.S. haul roads. These are very often fatal to the truck operators.

According to the Mine Safety and Health Administration (MSHA), 442 fatal mining accidents were investigated in a five-year time period. Of these, 121 or 27 percent, involved surface haulage trucks.

Henry Queener, a Nashville semi truck accident lawyer, explained, “It’s clear that drivers are driving too fast, not wearing seat belts or are operating overloaded vehicles. There are cases where the road grades are too steep, safety measures are not being followed or trucks are not being maintained properly, like having faulty brakes.”

Attorney Queener continued, “Large industrial equipment is striking workers down and colliding with other vehicles. The work is dangerous.”

An 18-year-old miner was working with three weeks’ experience. He was fatally injured when he lost control of his water truck that was converted from a drill truck. His truck had a 3,560 gallon tank and was traveling on a haul road with a 8.43 percent grade. His death was attributed to his inexperience and inadequate training, along with faulty brakes and transmission.

Another occurred on an 11 percent downgrade. Three of the vehicle’s six service brakes had no braking. Grease was found on the brake linings. The remaining service brakes had brake drums that were larger than the allowable diameter. The truck was also overloaded, being 30,000 pounds over its manufacturer’s maximum gross vehicle weight.

When workers are injured or killed, the parties involved should contact semi truck accident lawyers.